I managed to complete the last of my 28mm Spanish figures over the Easter weekend, in the form of half a dozen Spanish generals and aides-de-camp: 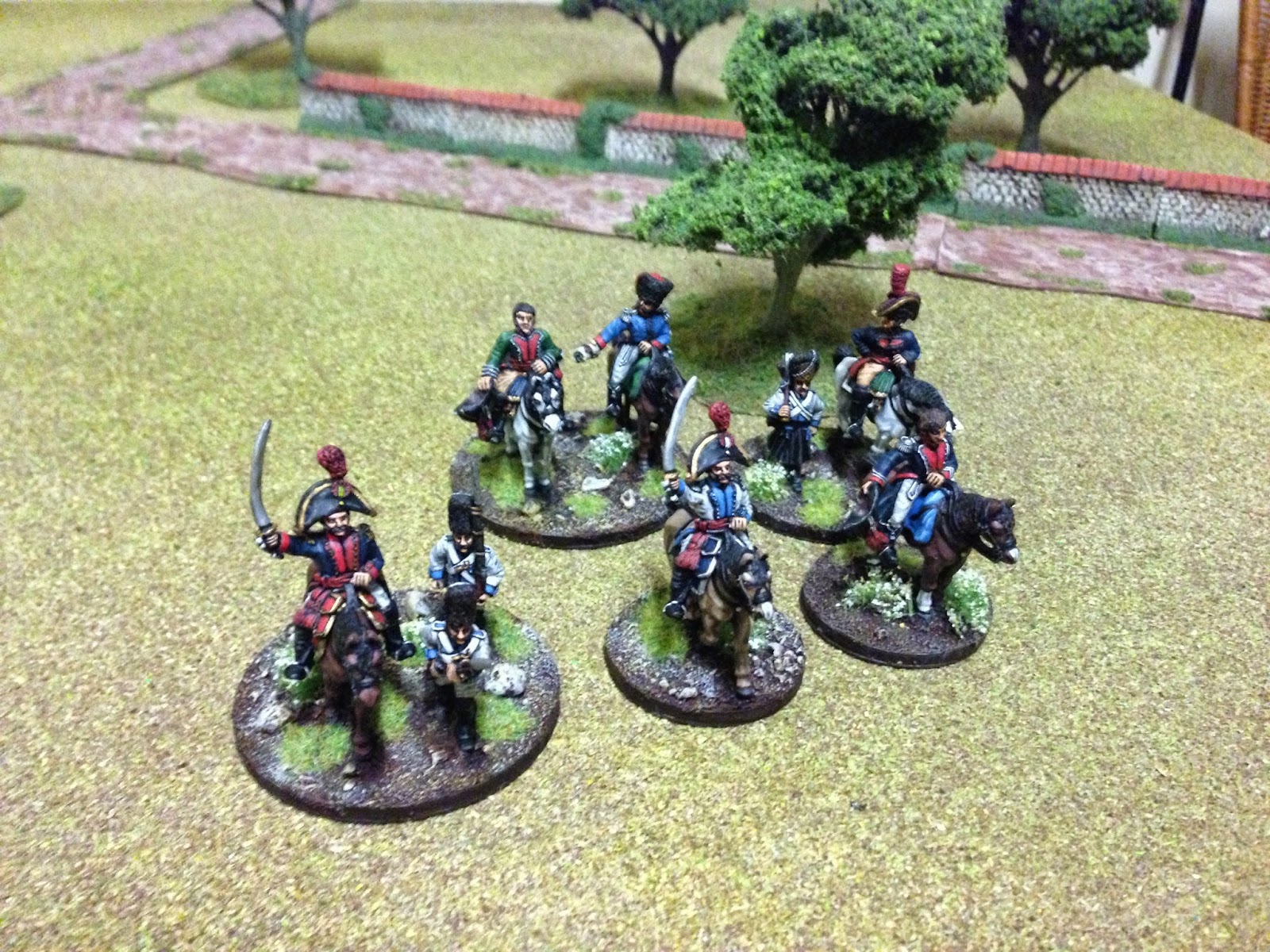 I decided to put them on circular bases, mainly for stability but am quite pleased with the contrast between these and the rectangular bases which I have used for the rest of the army. 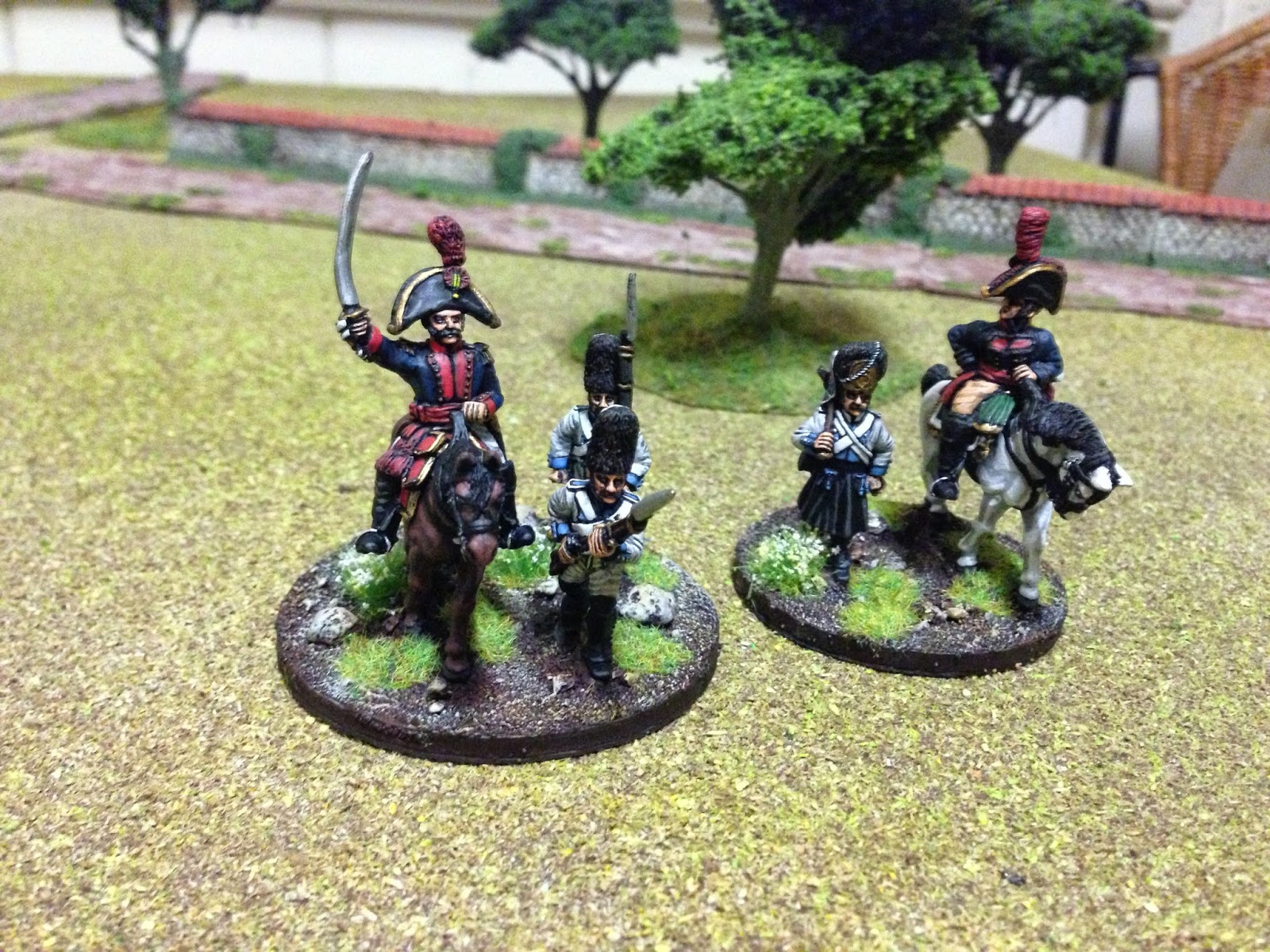 I particularly like the way the figure on the right turned out. He just seemed to "emerge" and ended up looking like a Guard or Swiss officer, which wasn't actually planned when work commenced on him: 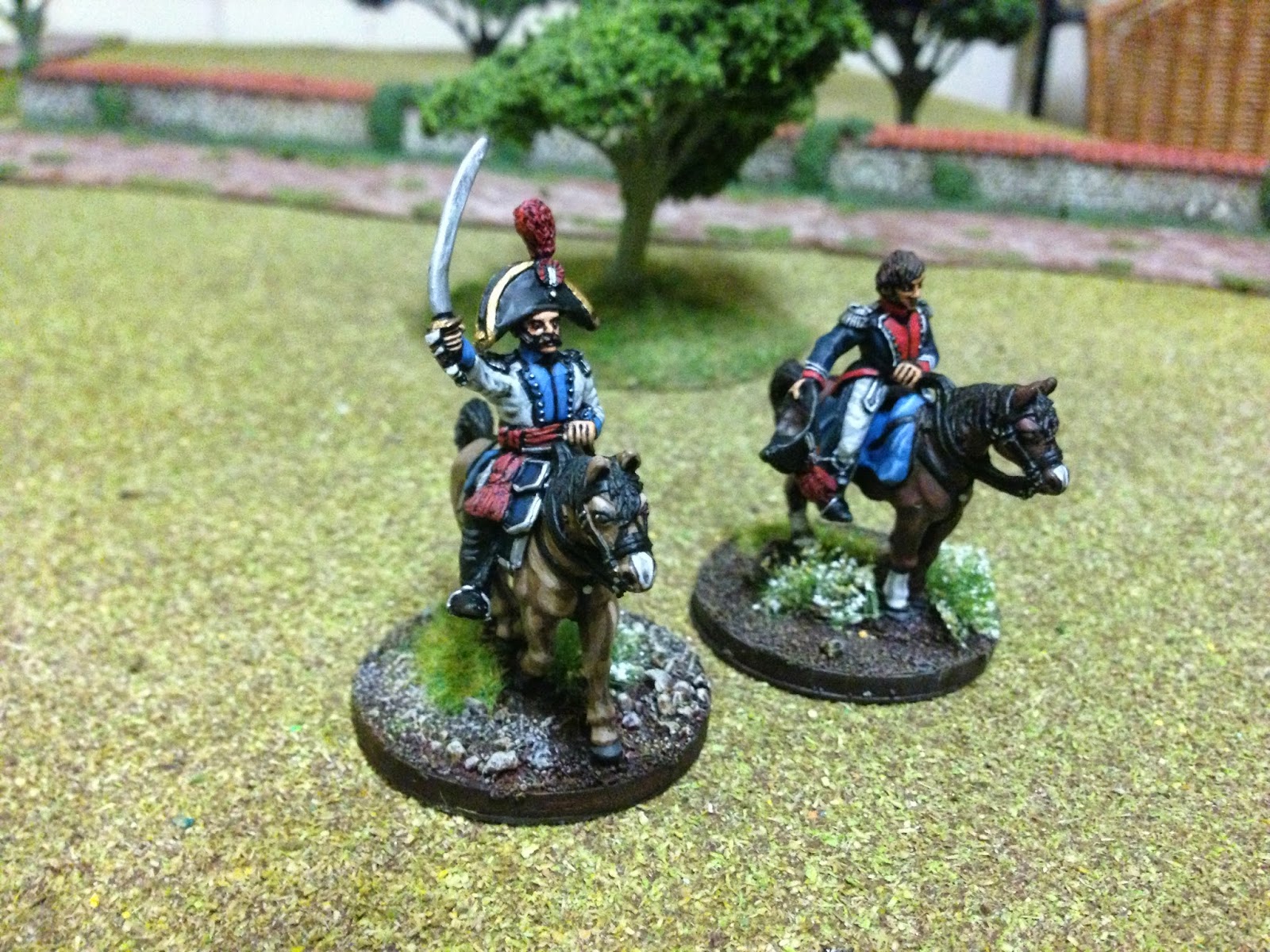 I am probably a little less happy with the way figure on the left (below) turned out however, in that I accidentally used some very Christmassy-looking colours. I started to give him gold lace, but it began to feel too much like adding tinsel to a Christmas tree so I ended up giving him plain white piping: 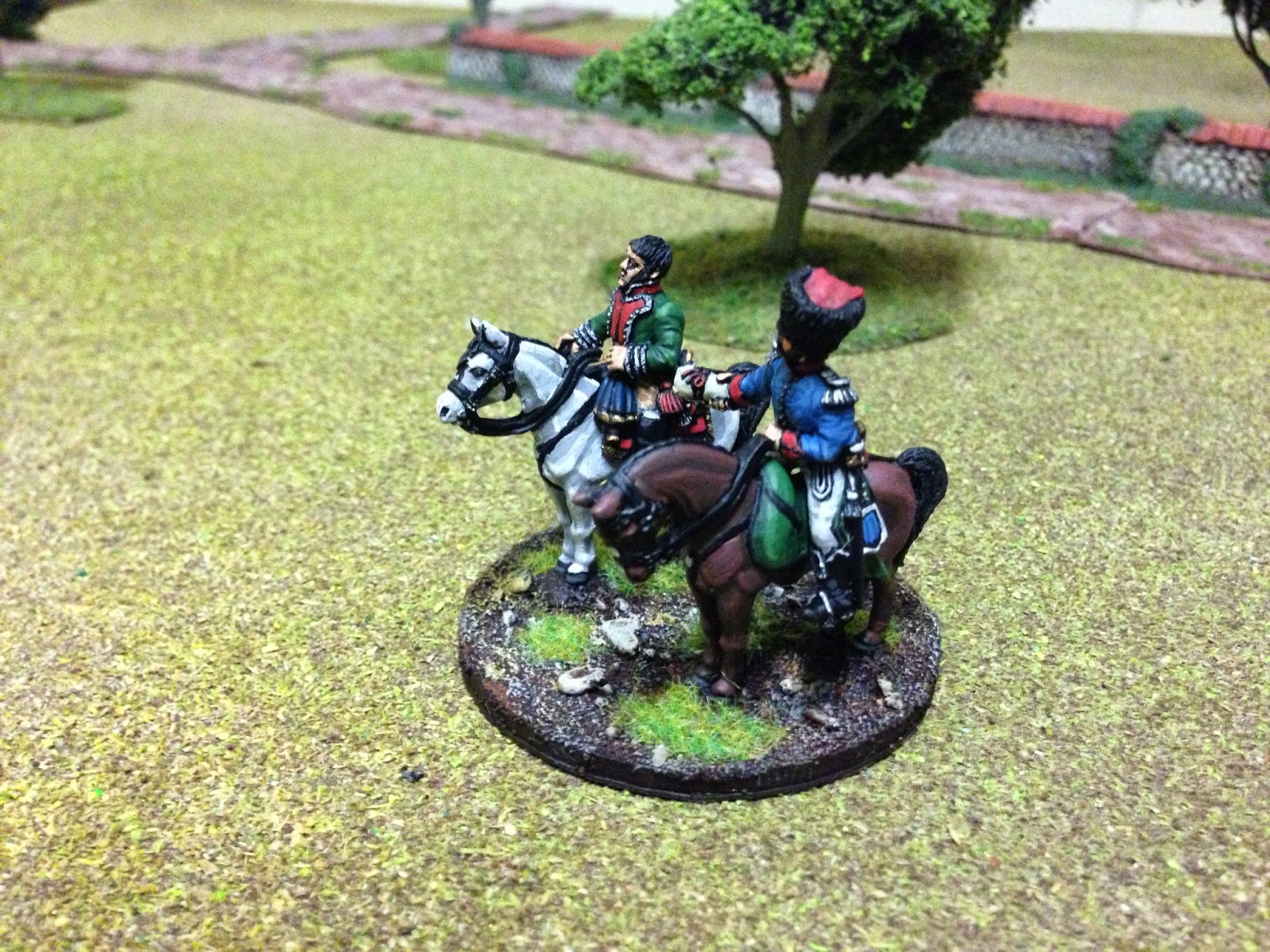 That said, I found it rather amusing to position him in such a way as to appear that he is trying to ignore the orders being handed to him by the ADC. Unfortunately, Front Rank don't have a Spanish officer figure which is looking toward their left, so it was inevitable I suppose...

That's my Spanish 28mm project completed. I'll probably try to put together one final post on these as a fully assembled army (before I move on to some 15mm Portuguese) - mainly for my own amusement but also, hopefully, that of others who may be interested.
Posted by Lawrence H at 02:45 6 comments:

I am a big fan of Front Rank, and these are the first of their artillery models that I have managed to complete. They were a lot of fun,not only due to the detail but also the lack of flash in areas such as wheel spokes which has annoyed me with some other manufacturers in the past, so preparation was particularly easy. 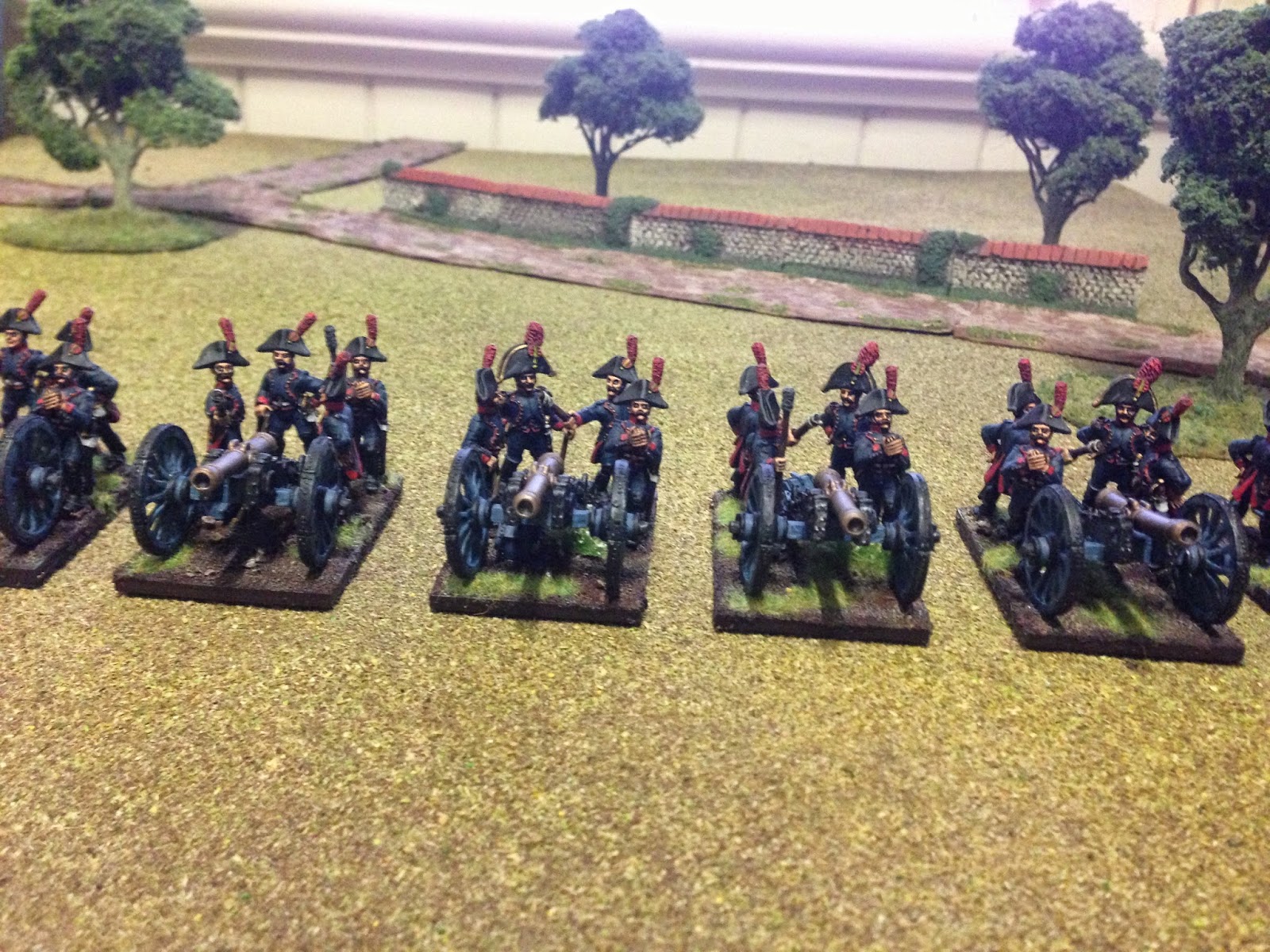 I tried hard to find a colour for the artillery pieces themselves that I was happy with. Some sources suggested that Spanish artillery should be grey, and I have read others that indicate that the paint they used was cobalt-based (thank you Stephen Summerfield), and should therefore have been more of a blueish tinge which may ultimately fade to grey with continued exposure to sunlight. 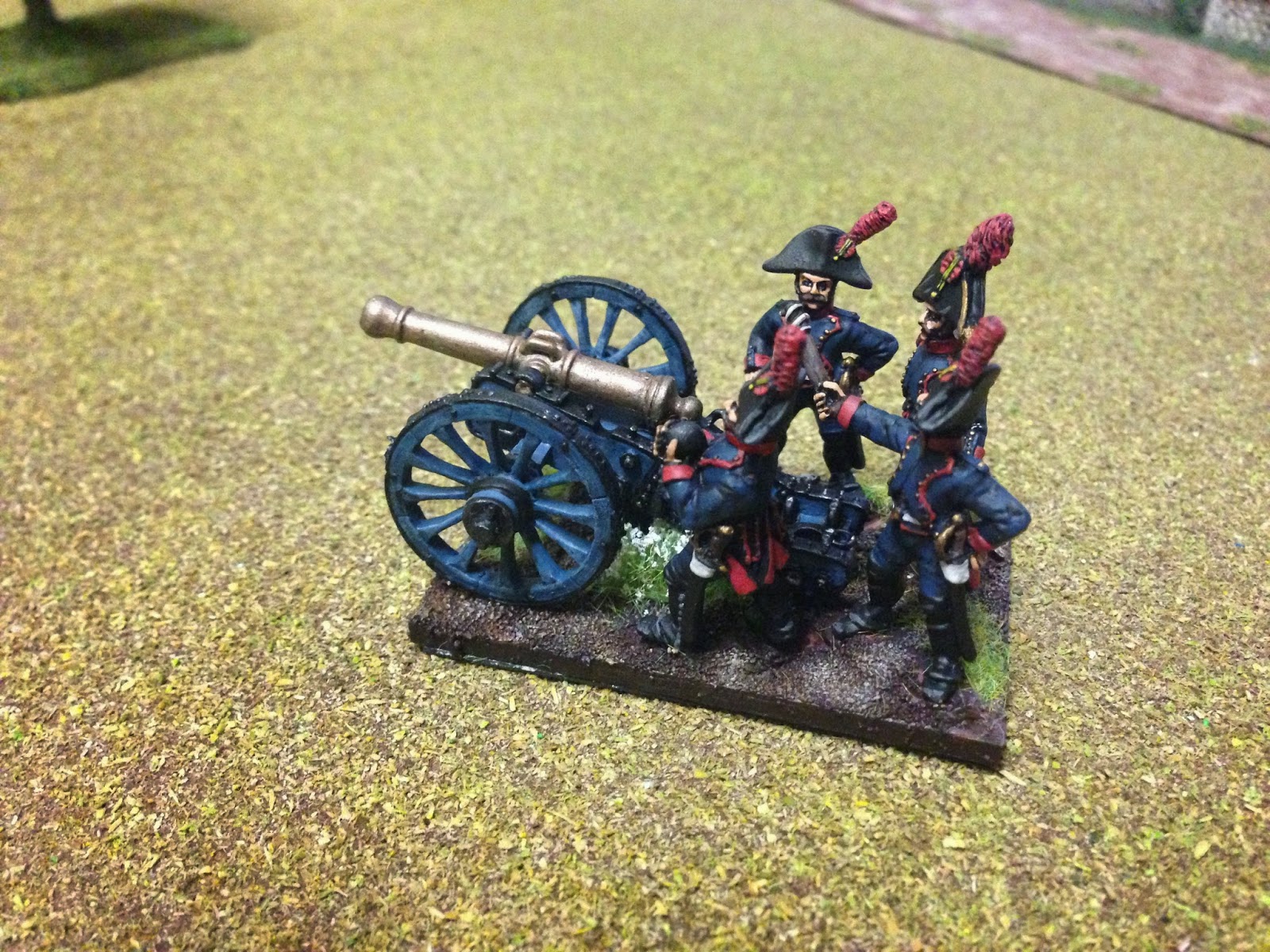 In the end I settled for the Foundry British blue-grey triad, which probably suggests Spanish artillery that has recently rolled off the production line, but I am reasonably happy with the result. 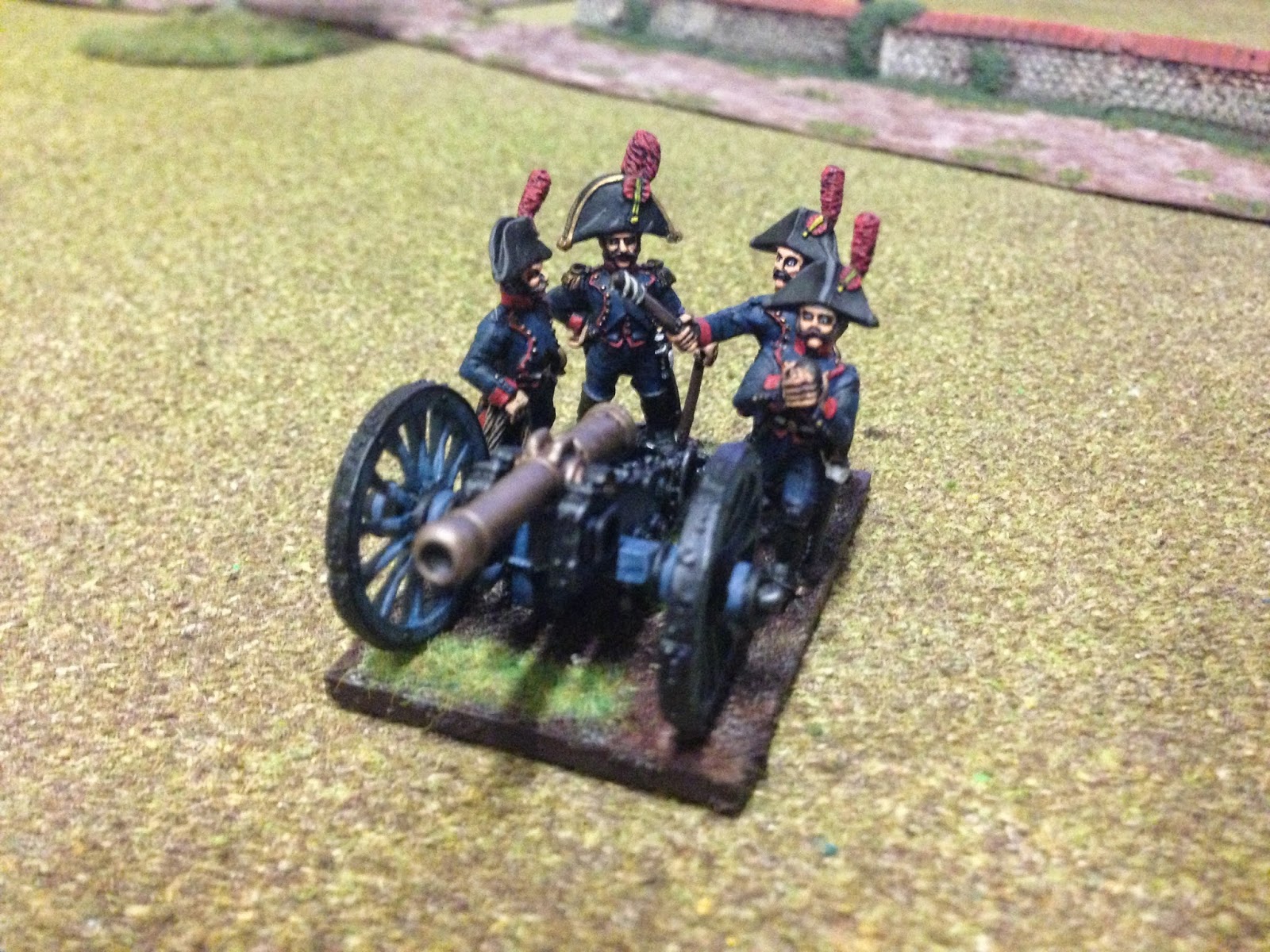 The main thing I did have some doubt over was the base size. I am aware that if a crew was to try to fire a gun in these positions, most of them would end up concussed or permanently maimed, and was tempted to put them on 60mm x 80mm bases to provide a bit more scope for positioning and to create more of a mini-diorama appearence. That said, I decided to stick with my 60mm x 40mm convention to keep them consistent with my old Minifigs and Hinchcliffe armies, but it really served to underline to me how much figures have "grown" over the years. 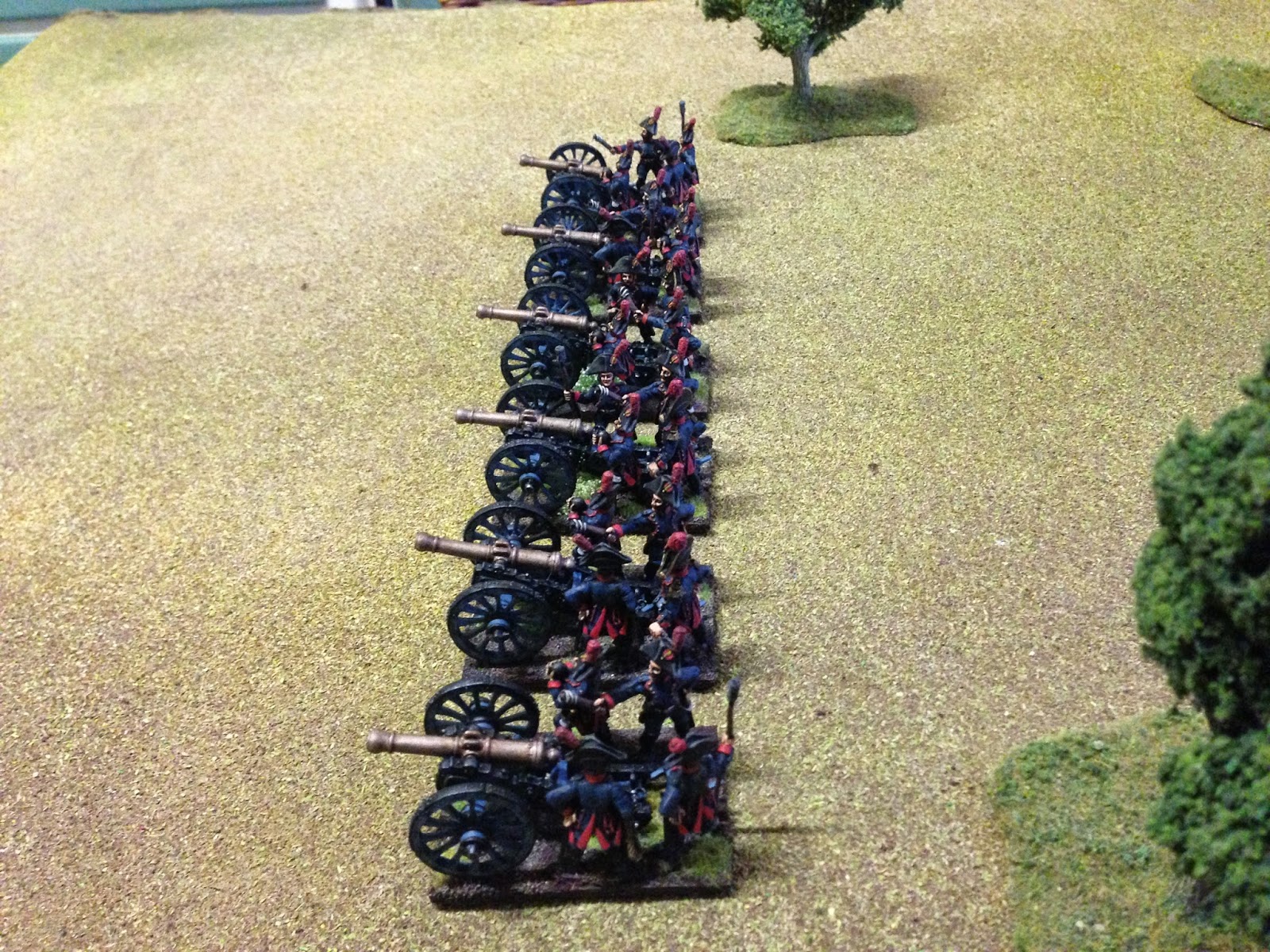 My particular basing issues aside, if anyone else is looking to put together Napoleonic Spanish artillery, I can thoroughly recommend the Front Rank models for consideration. 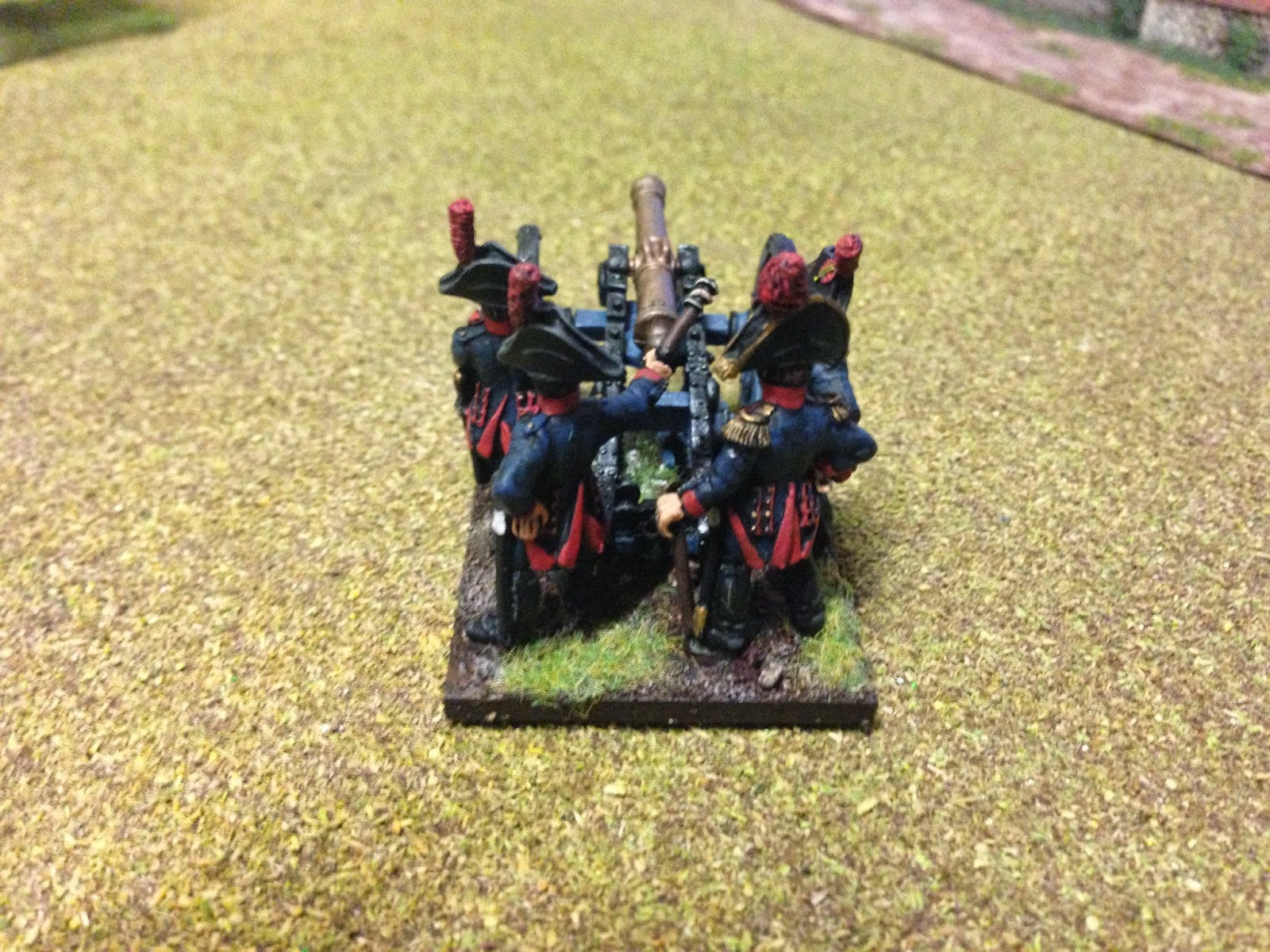