While awaiting the arrival of some flags to replace an order from February which appears to have gone astray, and which I need to complete the last ten regiments of French cavalry, I thought I'd get started on a 15mm Samurai army for DBMM starting with twenty-seven elements of samurai foot: 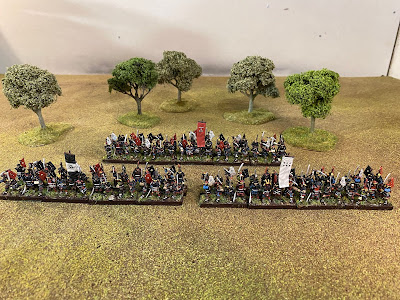 I went with Eureka Miniatures which are a true 15mm, so look quite small next to my other Xyston DBMM armies but will fit in nicely alongside my Khurasan Tibetan army: 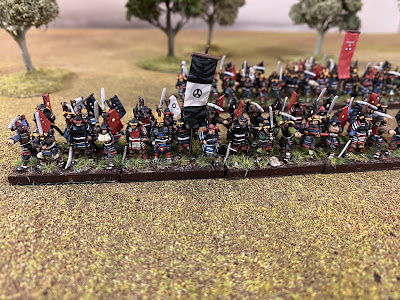 That said, the details are certainly still there: 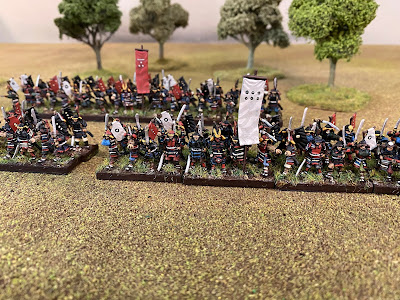 I found them quite fiddly to paint, not because of the sculpts which are very nice, but because of all the lace on the samurai armour: 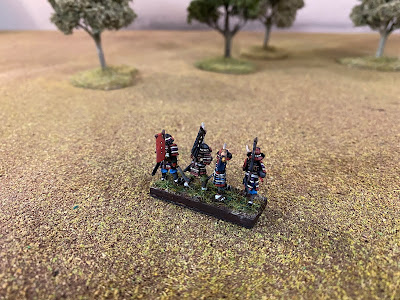 I stuck with a few basic designs for the sashimono banners to keep try to keep things somewhat muted, essentially just black, white and red: 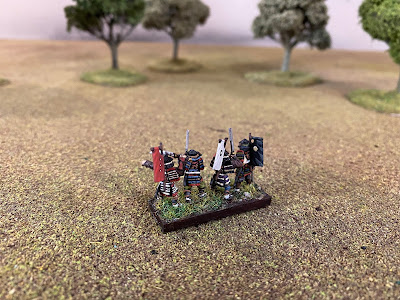 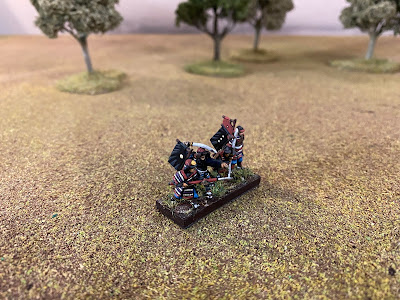 Plus a general and standard bearer figure for the command stands: 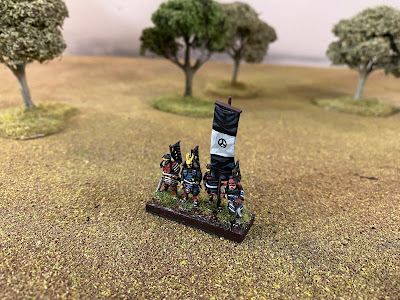 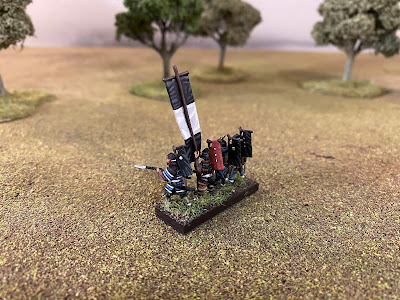 That's a total of 110 figures in all, with two left over for a camp: 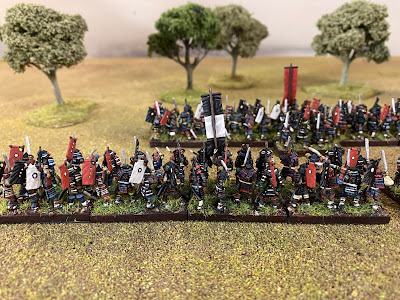 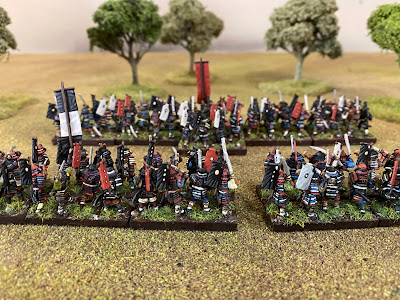 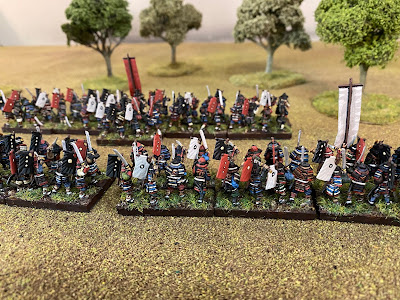 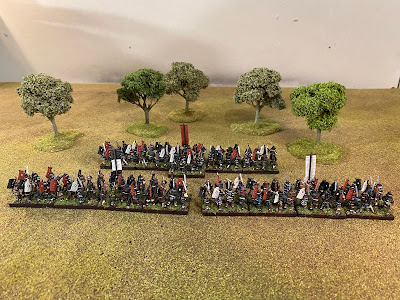 Next up, some samurai bow.