Here are a few pictures of my recently completed 2nd Regiment of Line Lancers, chosen mainly because I thought the yellow facings would make a nice contrast against the green: 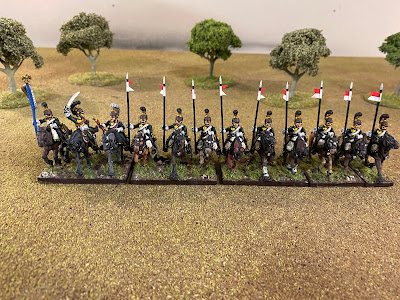 The figures are again Foundry, purchased over twelve years ago so it was nice to see them completed: 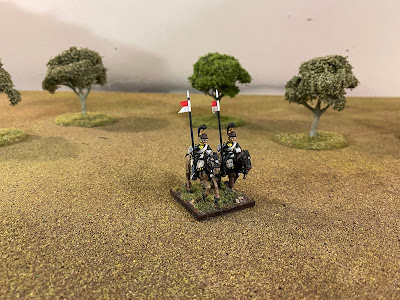 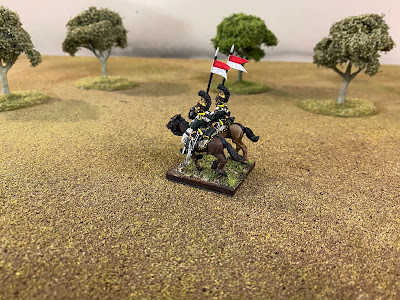 The lance pennons are from GMB: 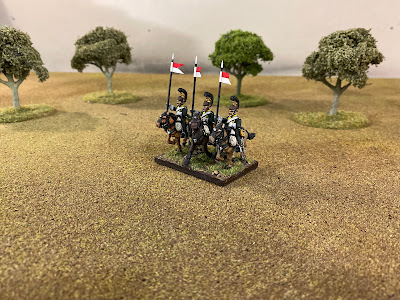 Nice to use, and not too fiddly to apply although I like to paint the edges to mask the white seam: 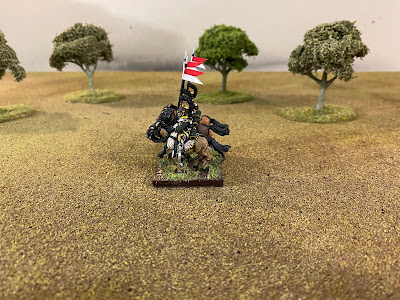 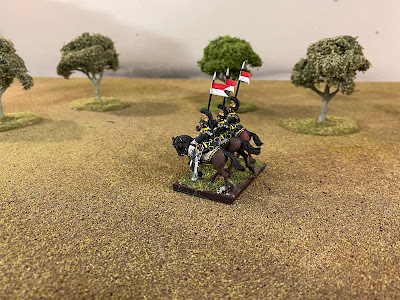 The regimental flag is obviously also from GMB: 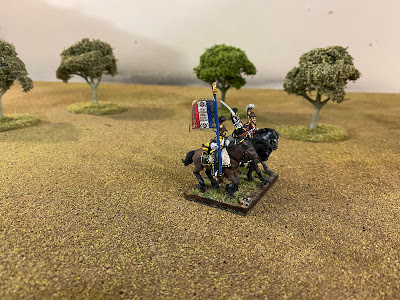 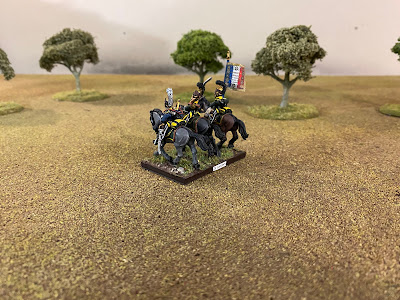 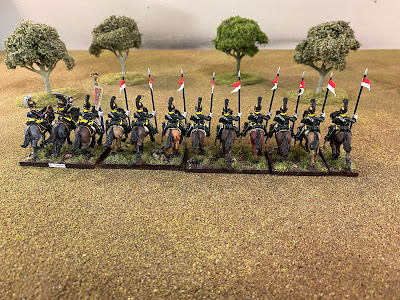 That is now twenty-two of twenty-four regiments completed, with just one more regiment of line lancers and the Polish Lancers still to go. I can hear the call of the medieval Spanish getting louder.
Posted by Lawrence H at 16:45