I must admit I had been putting off painting the Chasseurs a Cheval de la Garde, partly because the uniform looked quite fiddly and also because they are possibly the most iconic French cavalry regiment of the Napoleonic period and I was somewhat wary about mucking them up. As it turned out I did not find them any more difficult to do than an hussar regiment: 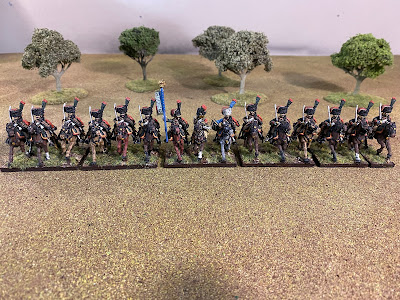 The figures are Foundry and were enjoyable paint with very little cleaning required, while the flag is from GMB: 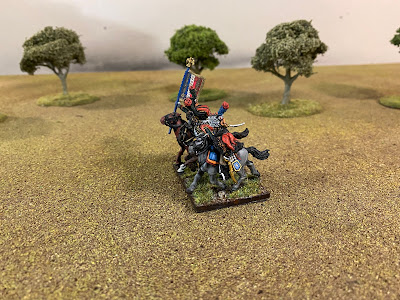 The officer is a quite dynamic figure and looks to be based upon Theodore Gericault's iconic painting of Alexandre Dieudonne: 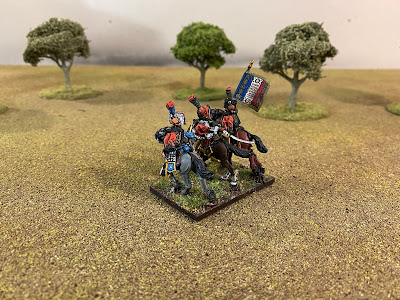 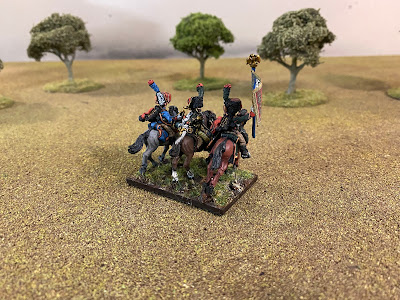 The only negative with Foundry figures after the last few regiments having been Perry Miniatures is that all the trooper figures are in the same pose and so lack variety. However, once you have worked out how to paint one Foundry figure it is easy to repeat the same approach across the rest of the regiment: 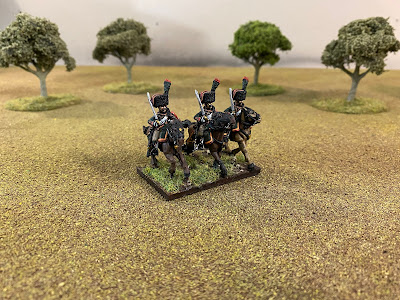 One can also mix things up a little by varying the horse colour, where this is appropriate: 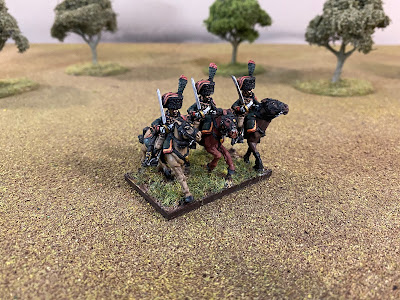 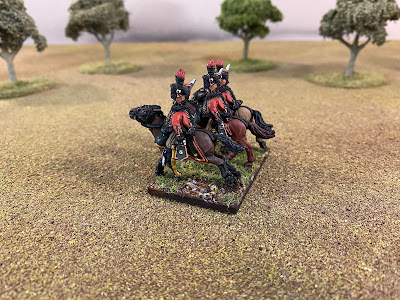 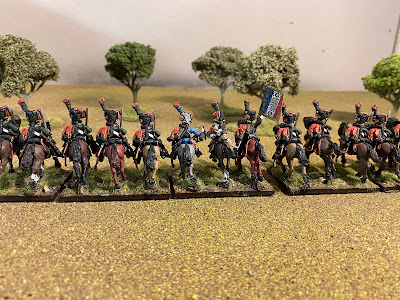 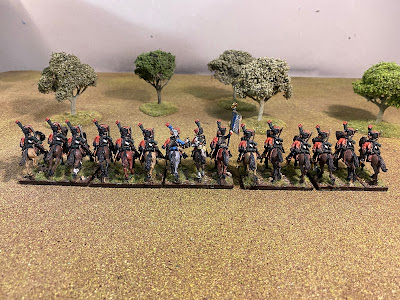 Next up will be another Guard regiment in the form of the Gendarmes d'Elite.