I actually finished these figures a few weeks ago but have not had a chance to take any pictures until earlier this week. Sixteen elements of auxiliary infantry and four of light, comprising 56 figures in total: 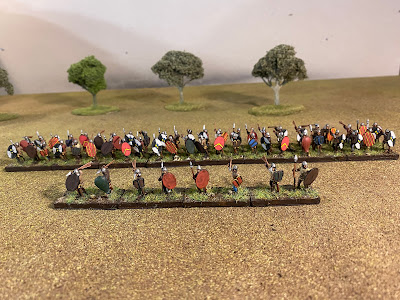 As with the rest of the army, the figures are from Khurasan with four poses in each pack: 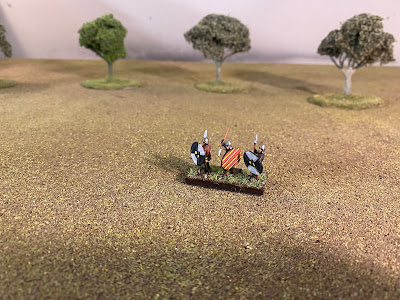 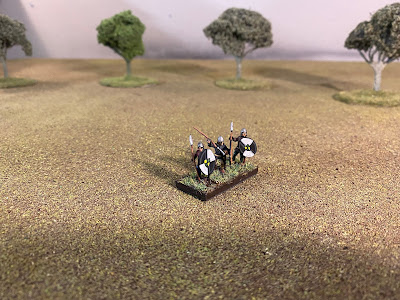 These can be upgraded to Superior when fielding an Aragonese Spanish army, so can hold their own against many other troop types: 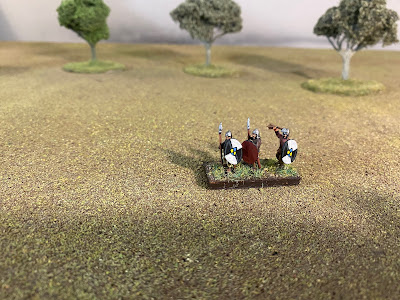 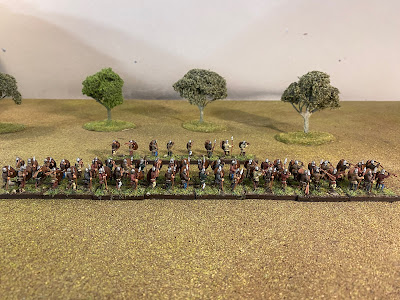 These are the last main unit in the army, although I still have a few Swiss mercenaries and some baggage elements to go to fully round things out. Hopefully I will have a few pictures of those up shortly after the weekend.

I noticed blogger misbehaved again during the week, dropping around half the links to the blogs I like to access. The links were actually still there, but without any feed coming through. A rather unedifying hour spent deleting and reconstituting those affected sorted things out, but I'm still a bit mystified as to what happened. I suppose Blogger is free, but I'd happily pay a small monthly subscription for them not to mess around with such things for no obvious improvement.