A quick post on the next group of figures in my Spanish medieval army project, this time ten elements of spearmen with pavise shields: 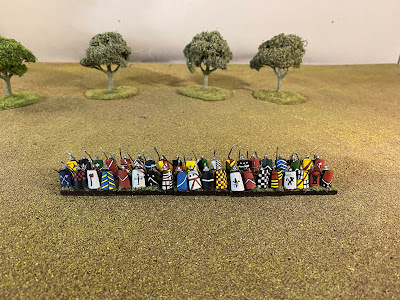 I initially thought about taking the easy way out and just giving them plain pavise shields, but decided to paint them to add a splash of colour to the army: 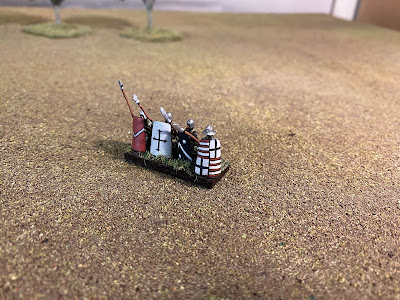 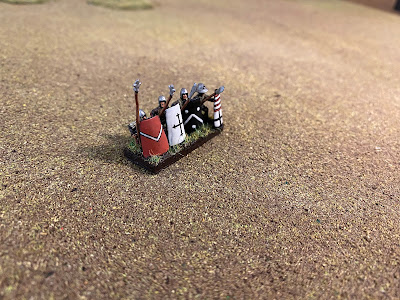 The figures are gain from Khurasan Miniatures: 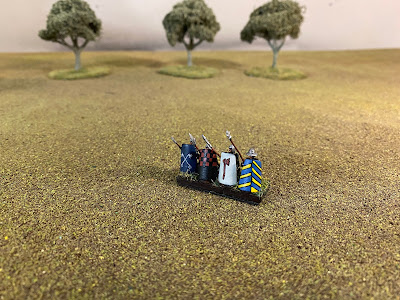 Not quite as colourful from behind: 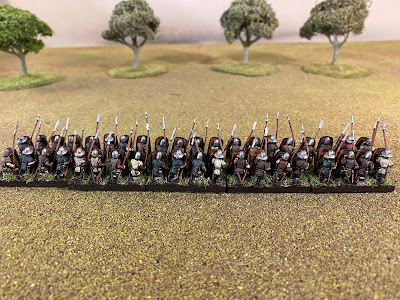 Next up, the star of the show in the form of a dozen elements of Spanish men-at-arms. Once they are completed things should be on track for the army to make its debut against some 100 Years War English before the end of this month.