Nearly at the end of the project now, with the completion of twelve elements of Spanish knights: 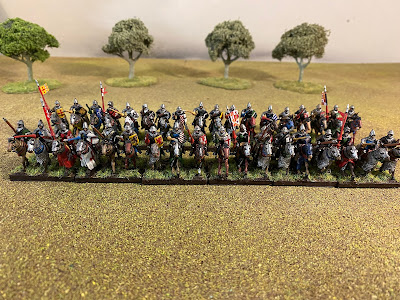 As expected these took some time, especially in coming up with individual designs. Thankfully I ordered a few sheets of Little Big Men decals which I used on around half the figures. These were generic designs so took a bit of cutting and blending to make them work with the Khurasan figures: 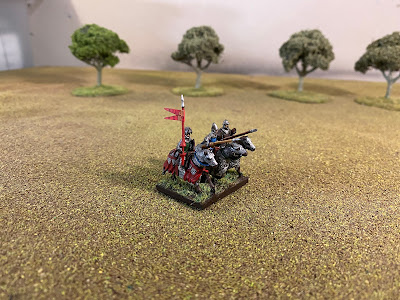 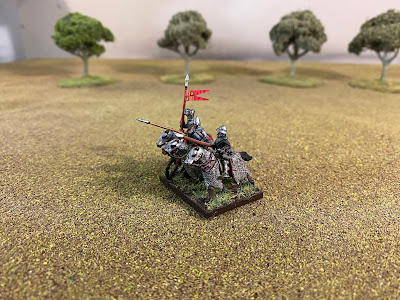 The sheets included a few lance pennons, and I ordered some Spanish flags from Pete's Flags to add a bit of variety. The latter are more aimed at later medieval and Renaissance figures but I think they work quite well here: 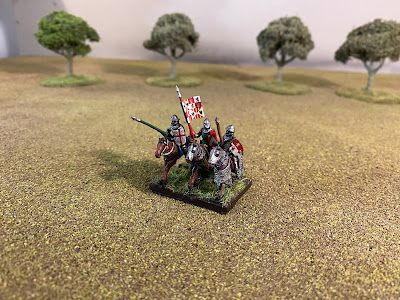 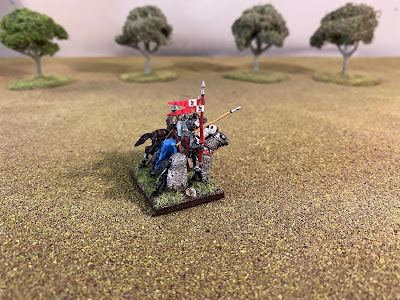 The flags were however larger than I expected, designed as they are for standard bearers, so I reduced them by a third. I have emailed and asked him for permission to do this and will not be using any designs over and above what I actually purchased (there are a around two dozen on each sheet and I am only using a four or five of them). If he objects though I'll scrap them and replace them: 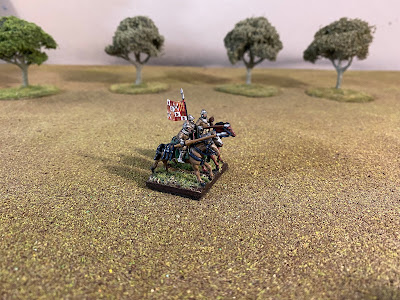 This is an example of the Little Big Men flags that came with the shield designs: 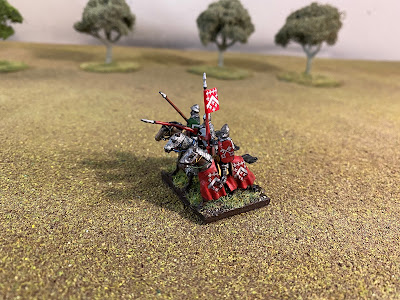 That's the knights completed then: 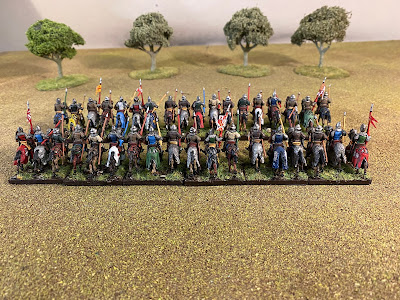 At the same time I completed three High Command elements to use as generals: 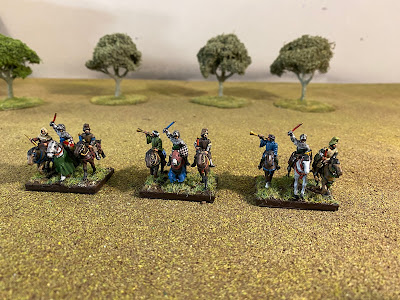 These are Khurasan's generic medieval high command, but I think they fit in quite nicely alongside the rest of the Spanish: 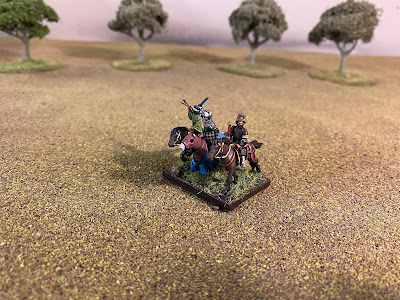 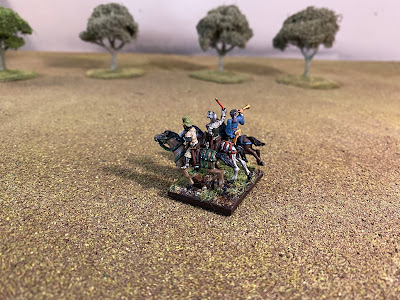 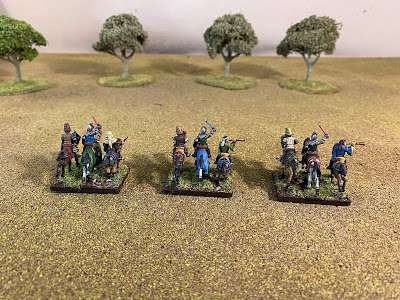 Next off the painting queue will be some artillery pieces which I am hoping to complete over the weekend.