The DBMM Medieval Spanish list allows a few different types of skirmish troops among which are several elements of handgunners and slingers. The handgunners were particularly fun to paint: 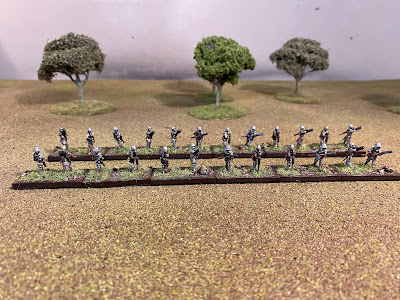 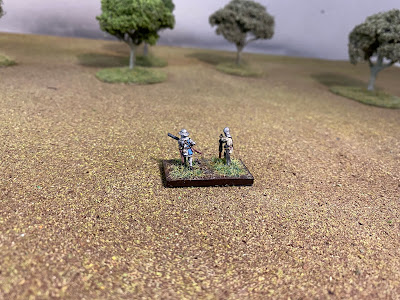 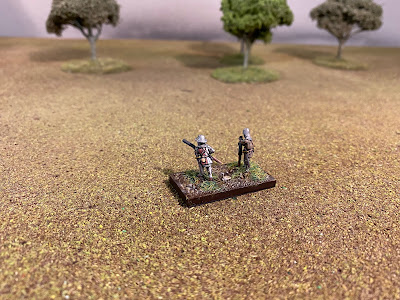 The figures are again from Khurasan, and with all that armour have a distinctly late medieval feel about them. I'm not sure how quickly they would have moved in real life though and it will be amusing to to see them sprinting around the table at skirmish speed: 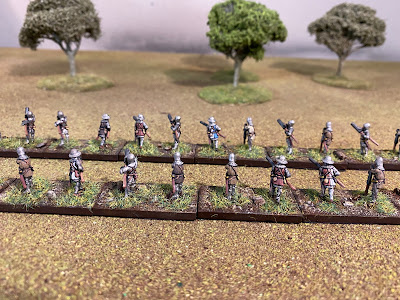 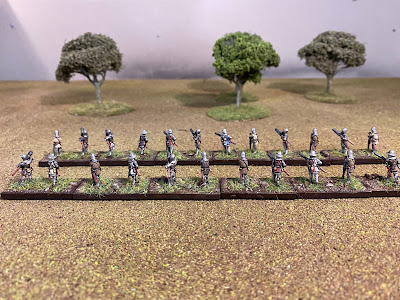 The slingers look much more skirmish-like, and look like peasants who have picked up a few rocks and joined the fray: 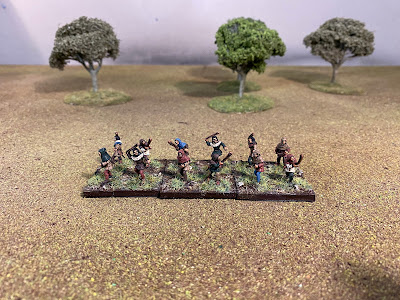 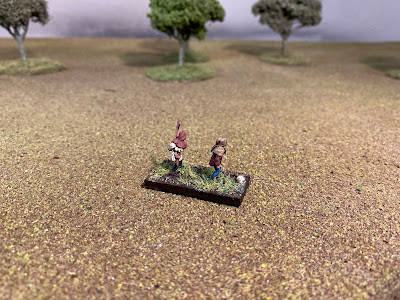 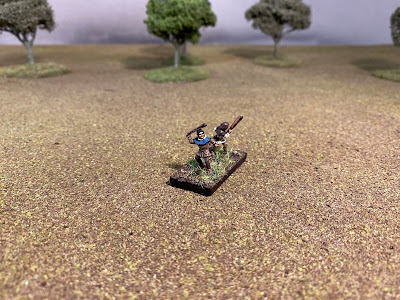 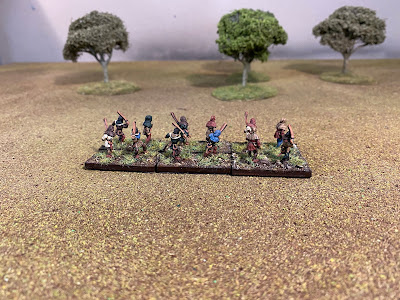 I have finished a couple more law subjects this semester, once of which was a double-weighted a honours research project, so now have a six week break before commencing my final two subjects during which I hope to ramp up my production output and really get stuck into this project. Next up will be some Spanish crossbowmen.