Following the completion of the Republican Romans I am using the Christmas New Year break to clear a few other bits and pieces from the painting queue, first in line being eleven GHQ WWII German ships. Here are the German destroyers Z1, Z2 and Z3 (which did actually adopt names of WWI German sailors, which were too long to fit on the labels): 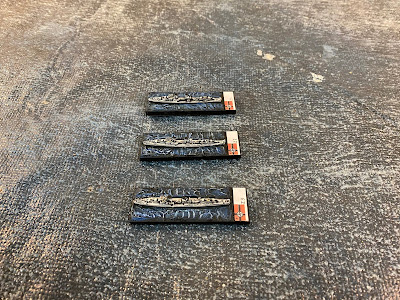 And the later Z25, Z28 and Z30 destroyers which, to the best of my knowledge, had no alternative epithets: 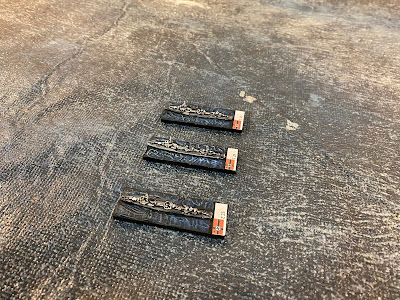 The light cruiser Konigsberg with the rather garish yellow gun turret upper surfaces, in use during the early stages of the war for air recognition when Germany had a measure of air superiority: 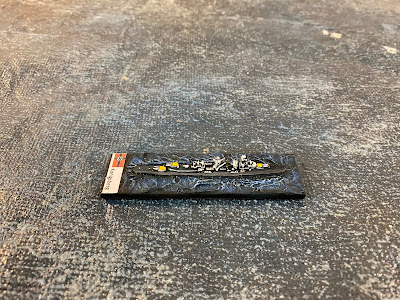 And her sister ship Koln: 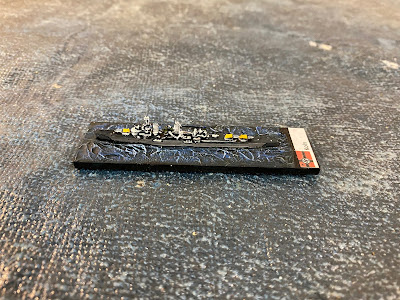 With another light cruiser, the Emden: 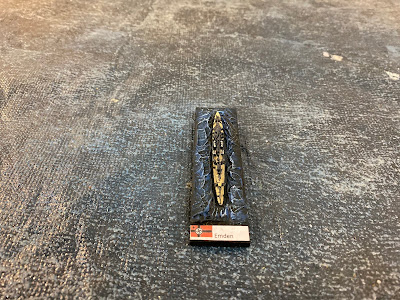 Finally, a couple of battleships in the Scharnhorst: 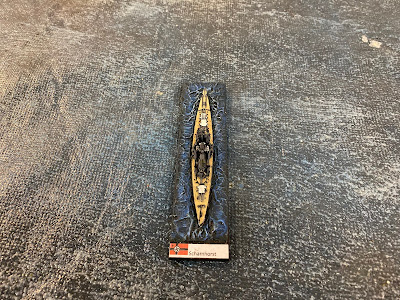 And the mighty Bismarck: 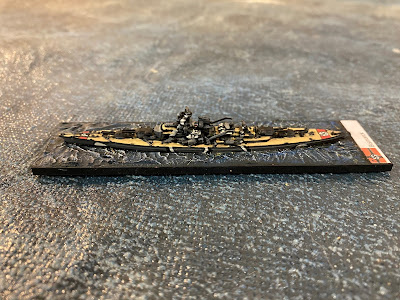 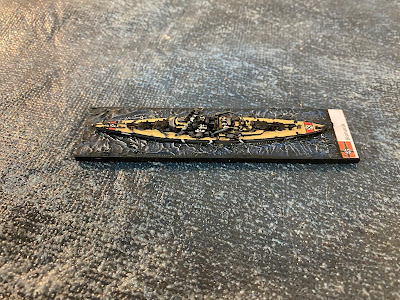 WWII Naval gaming is not every one's cup of tea, but I plan to give these a go with a set of WWII naval rules we used back in the 80's. I purchased a later set but cannot remember what I did with them, but have managed to locate a copy of the original plus an aircraft supplement which must be 45 years old and very dog eared through much use: 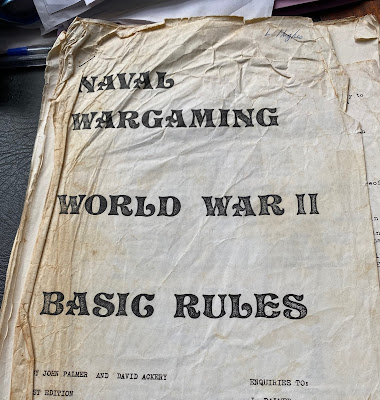 I remember them being a huge amount of fun and catered for enough tactical options such as weather, smoke, spotter planes etc. without bogging the player down. There's always a danger in trying to revisit something so many years later and a risk that the original happy memories may be spoiled, but a recent read-through suggests that these have stood the test of time and are still very accessible. Now I just have to convince the Monday-night group to give them a go as a filler game in between the usual Napoleonic outings.
Posted by Lawrence H at 12:33