The penultimate element to this army is the completion of a number of command stands and two artillery pieces. Firstly, a mounted Scipio Africanus figure: 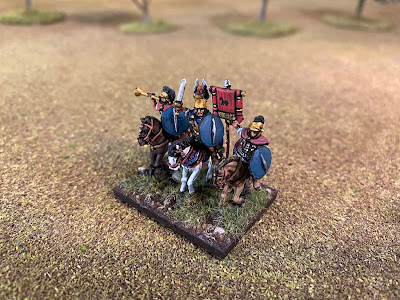 And Gaius Laelius who was a great friend of Scipio and accompanied him on most his campaigns, commanding the Roman cavalry at Zama: 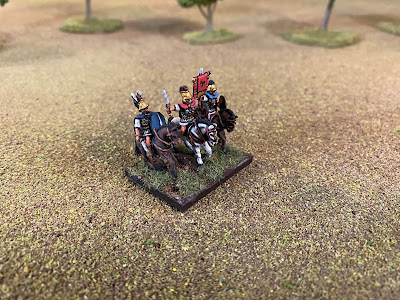 A rather youthful-looking Julius Caesar: 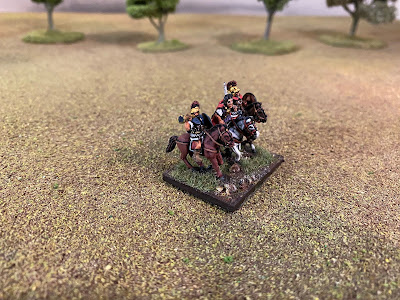 And assembled as a group, with one additional cavalry officer on a white horse in the event I need an additional general at some point: 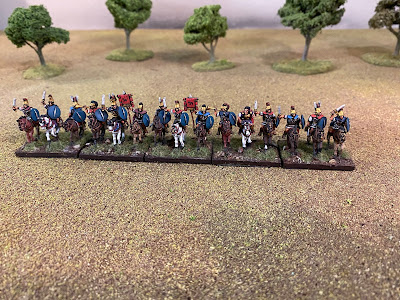 I also completed two additional infantry stands, one depicting Crassus who was part of the triumvirate alongside Julius Caesar and Pompey. He is shown here wringing his hands, probably representing him at Carrhae which resulted in a massive defeat at the hands of the Parthians and the subsequent death of Crassus while he was attempting to negotiate a truce. A miserable end, especially as his son had been killed in battle, and with his head stuck on a spear the previous day. 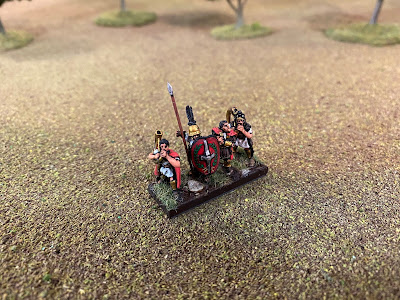 The last stand depicts Vorenus and Pullo, two competitive Roman centurions who accompanied Caesar into Gaul. When they were attacked by the Nervii Pullo tried to take them on single-handed but was quickly surrounded, whereupon Vorenus came to the rescue. According to Caesar they fought their way back into the Roman fortified camp to the cheers of the Roman onlookers, killing many Nervii along the way: 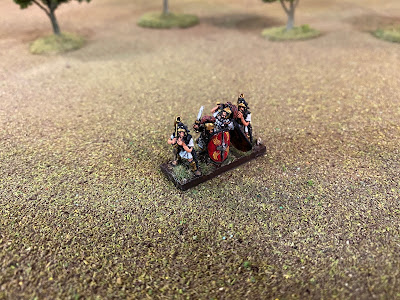 Finally, just to round out the latest additions, two artillery pieces: 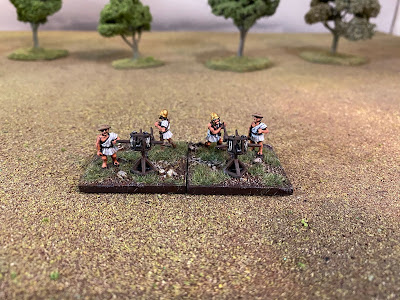 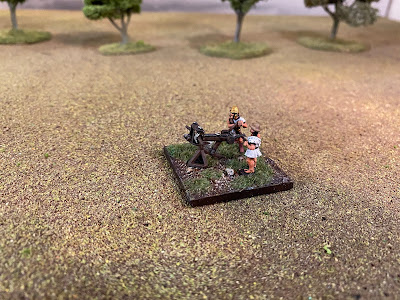 That now only leaves eight elements of Italian Allied cavalry to be finished in this project, which I should complete within the next week.