A Handful of Numidians and a 15mm Tibetan Camp

The recently-completed Roman command packs also included a figure of the Numidian King Massinisa and, as luck would have it, I found a spare pack of Numidian horse that had become lost in the Roman pile. This was perfect in terms of providing a couple of extra figures for another Numidian command element, with the others making up an additional element of light horse: 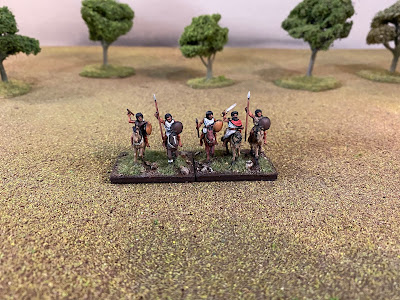 King Massinisa was the founder of the Numidian Kingdom and was initially allied with Carthage, marrying a Carthaginian noblewoman, although he later became a trusted ally of Rome (which is obviously why he was in one of the Xytson Roman personality packs). 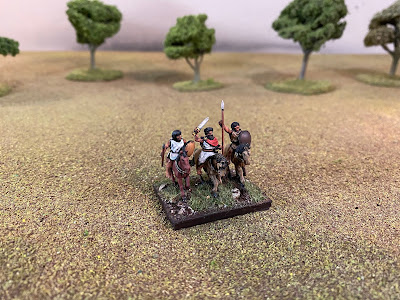 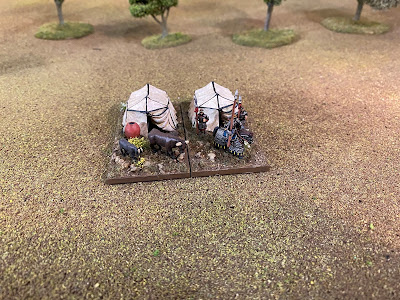 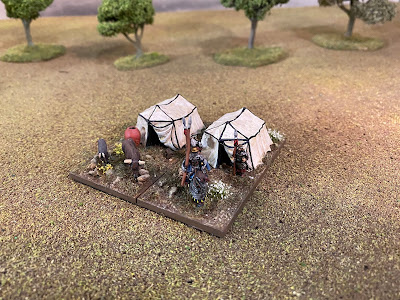 According to the Baeuda website, white tents were a sign of status and they were generally reinforced along the seams with strips of black cloth. I'll take their word for this as I am no expert in Medieval Tibetan military tent design, although I'm sure there is a PhD, or at the very least an Osprey, in there somewhere: 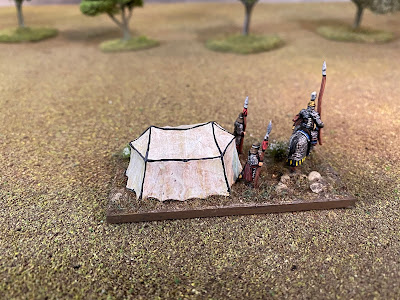 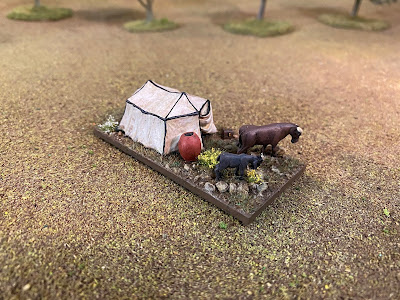 I have a fair bit more Baueda stuff to complete and really must do more of it as it is a very enjoyable diversion.

Now back to the Romans and the last unit in the form of some Itallian allied cavalry, which I should have posted by the end of the week.