To give myself a break from the ongoing Republican Roman project I thought I'd give a few GHQ 1/2400 WWII ships a go, starting with a dozen Royal Navy vessels. I was inspired by a video tutorial posted by Ken at Yarkshire Gamer (http://yarkshiregamer.blogspot.com/) where he demonstrated a technique which involved first attaching the ship to a base, and then building up the base around the model before starting to paint the ship itself.

This approach resonated with me, as I like to paint faces on miniatures first, tighten up the area around the face, and then watch it "come alive" as the rest of it is completed. Anyway, first off where some Tribal class destroyers, which are among my favourite WWII ships purely due to their names. Here are HMS Maori, Cossack and Ashanti: 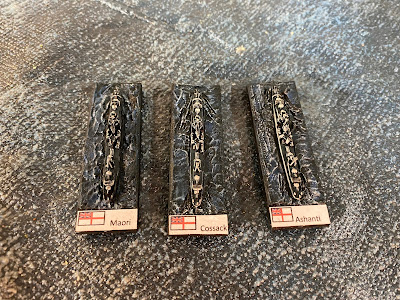 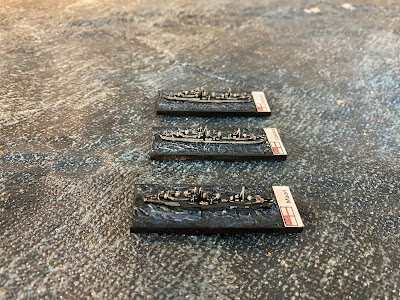 Along with Zulu, Tartar and Eskimo: 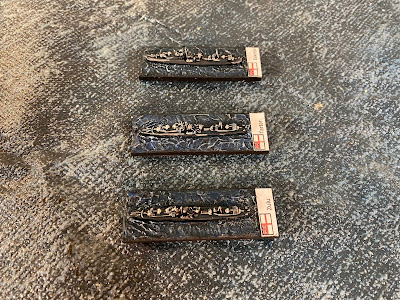 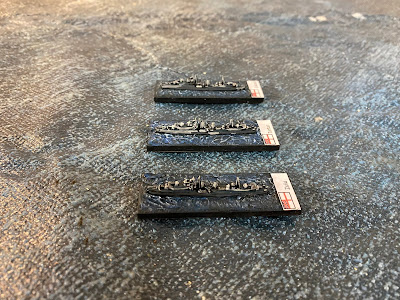 This was my first attempt at painting any GHQ models and, even though these were small models and single-piece castings, I was very impressed with the details. I managed to find photos of all the ships online, so the camouflage schemes were as close as I could discern them to be. This was helped by my purchase of some AK Interactive WWII naval paint sets with ready-made colour palettes, which again were enjoyable to use.

Next up are a couple of heavy cruisers in HMS Suffolk and Cumberland. These involved gluing on the guns, superstructure, cranes and spotter plane which was fiddly, but made much easier as the pieces all fit perfectly and did not require any filing or drilling: 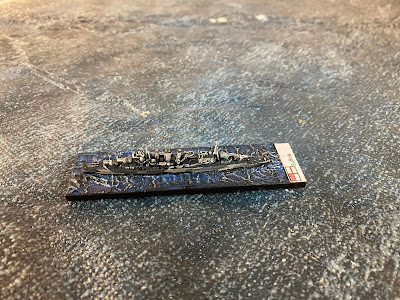 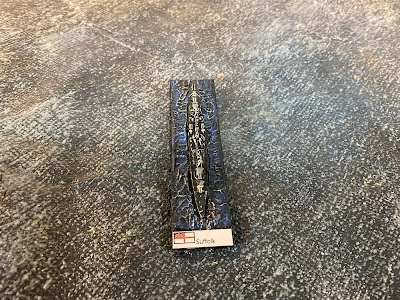 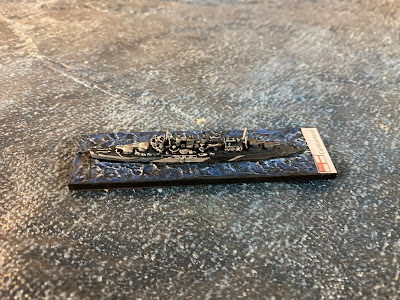 Next up I thought I'd turn my hand to a few battleships, with HMS Warspite (another long-time favourite of mine due to the unique angular superstructure: 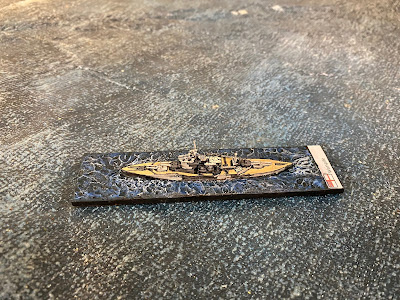 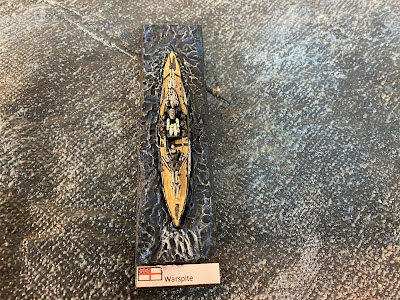 Then HMS Hood. I can remember my grandmother telling me that she went on board for an officer's dance a few days before it put out to sea to hunt the Bismarck, of course never to return having suffered a catastrophic explosion the result of which only three of the ship's complement of over one thousand four hundred survived. I wish now I had asked a few more questions, such as who she went with and where on the ship the dance was: 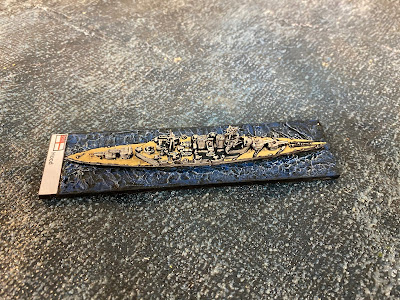 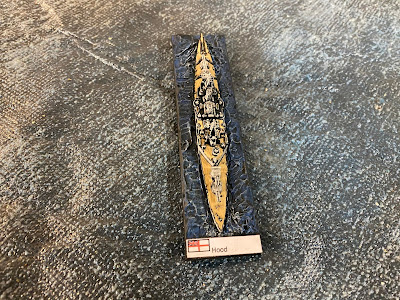 The last two are HMS Rodney, which I have always enjoyed due to the unique design which has always reminded me of a boot. This involved sticking on half a dozen 6" gun turrets with a pair of tweezers while trying to remind myself that this is supposed to be relaxation: 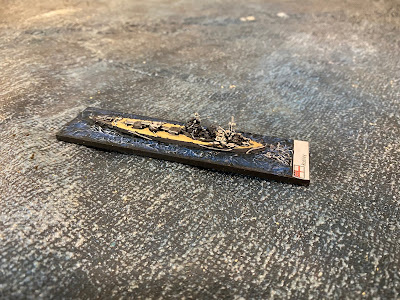 To finish off this first batch I then completed the Prince of Wales, with more 1/2400th secondary turrets to tweezer into place: 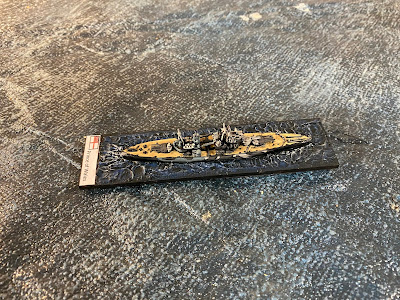 I was happy with the results for a first attempt and managed to get completion time down to between three to four hours per ship. I have since prepared a batch of eleven German warships which I am looking forward to getting stuck into, once I have finished the last of the Republican Romans.