A quick post on the latest unit completed toward the Republican Roman army, this time a sixteen-figure unit of Cretan archers, and a quick apology for not having replied to people's kind comments as I hadn't realised that they were all being diverted to await moderation: 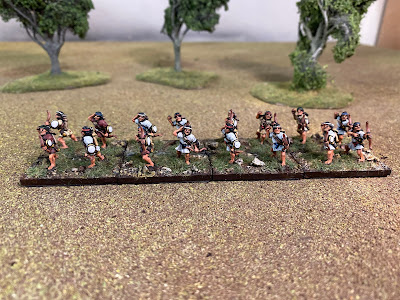 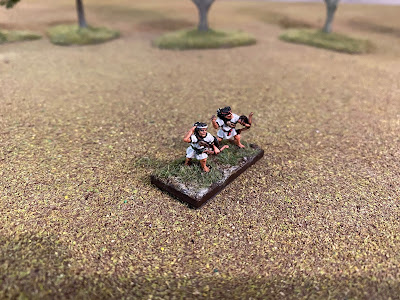 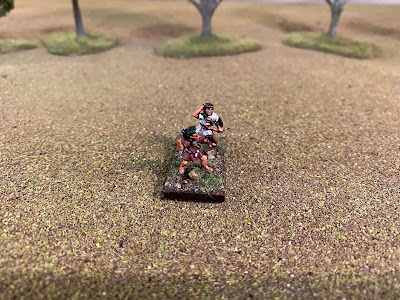 Also, being only sixteen figures I was able to complete them within a couple of days, so it was fairly instant gratification: 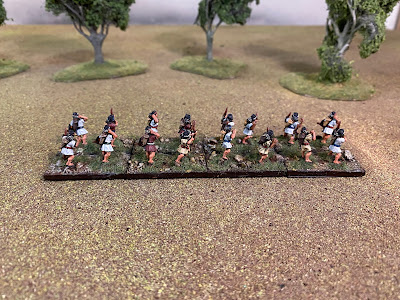 I'm putting the finishing touches on some WWII British ships which I should complete within the next couple of days and hope to post shortly, and which has also been a welcome break from the Romans.