The penal legion was hastily raised from convicts and slaves after Cannae, and equipped with Gallic equipment most likely captured at Telemon nine years earlier. I have read various accounts where they were used as fodder, but given the choice between the promise of freedom and having to spend the rest of your life as a slave or in debtor's jail, it probably seemed like a good way out for the six thousand or so who volunteered: 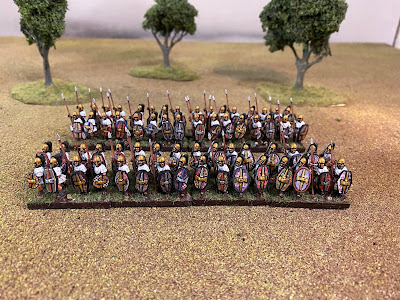 I was wondering if there were any Gauls among Hannibal's allies who may have lost a shield or helmet at Telamon, and recognised it being carried by one of the penal legion. Very unlikely I suppose, but I would not have liked to have been an untrained slave up against an angry Gallic warrior if it did happen: 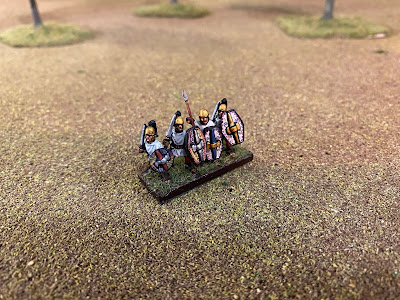 The figures are as usual Xyston, with the shield transfers from Little Big Men Studios: 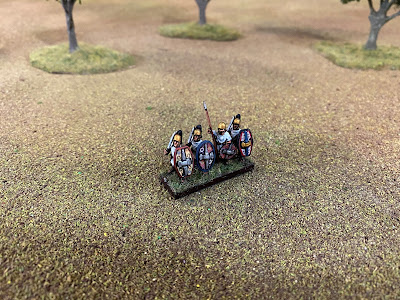 That's sixteen elements in all completed. Given that they are rated inferior I'm not sure how often they will be used, but they are nice to have to give the army a little variety: 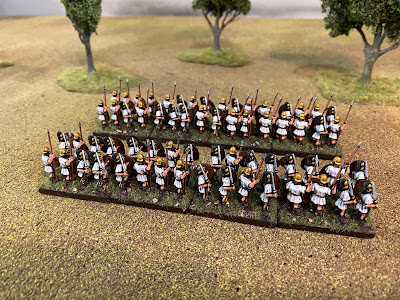 Next up, some incendiary pigs which, although cruel and inhumane in practice, makes an appearance in the early Camillan Republican Roman list.