Following the completion of an Ancient Spanish army I decided to get stuck straight into some 15mm Carthaginians while I have the motivation to continue with the ancients theme. The first unit to be completed are eighteen elements of Libyan spears which really form the heart of the Carthaginian army list. 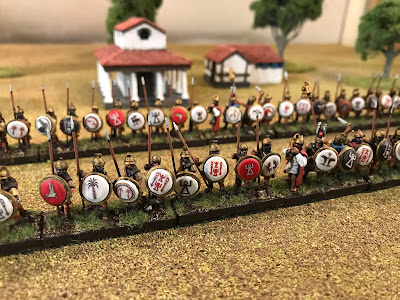 The figures are from Xyston as usual, with the shield designs again by Little Big Men studios: 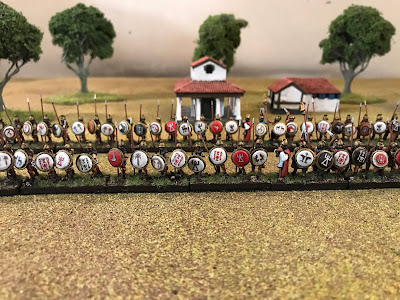 I have always had a soft spot for the Carthaginians and do find it sad that the Romans visited such total destruction on them at the end of the Third Punic War such that very little remains apart from Roman accounts and some vague outlines of where Carthage once stood. I can imagine Hannibal being quite mystified as to why the Romans wouldn't surrender when he had them on the rack in the Second Punic War, but they weren't playing by the same set of rules: 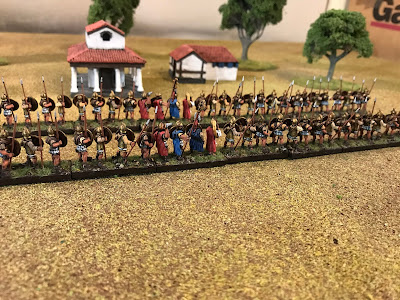 There is a variety of LBMS shield designs based around their symbol for the goddess Tanit, along with various horse and palm-tree motifs: 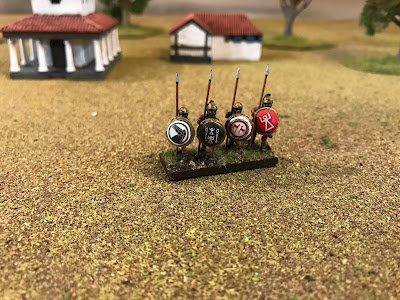 The shield transfers are smaller than the surface of the shields themselves so I did my best to blend them in where required: 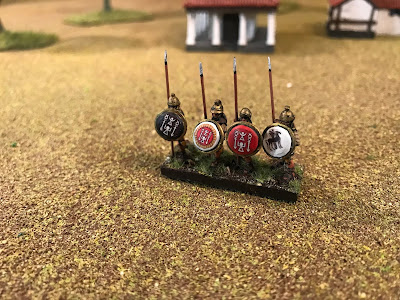 I have also made use of the Foundry north African flesh colour which appears a little darker here than in natural light, but I was quite happy with the result and think I will use it for the bulk of the army: 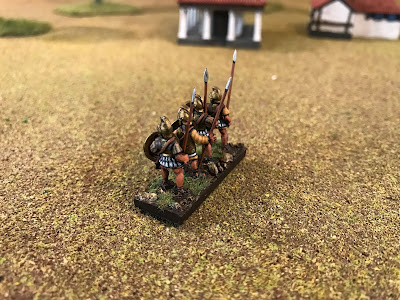 The command figures include a nice assortment of officers, and I have combined these with a standard bearer and hornist from the musician pack where hornists are the only musicians actually provided, and I have accumulated around twenty of them: 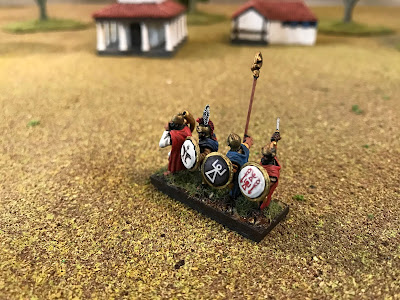 That's seventy figures completed in all: 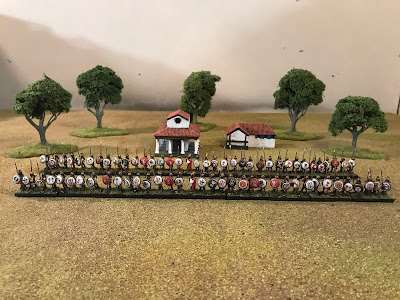 I now have the same number of veteran Libyan spearmen to complete next. These are modelled with captured Roman equipment and look sufficiently different to justify the additional effort, even though I could conceivably have used the same unit and I don't think anyone would really have complained.
Posted by Lawrence H at 01:51