Having completed eighteen elements of ordinary Libyan spearmen earlier this month, it was time to do them all over again, this time as the veterans which formed the backbone of Hannibal's army during his Italian campaign: 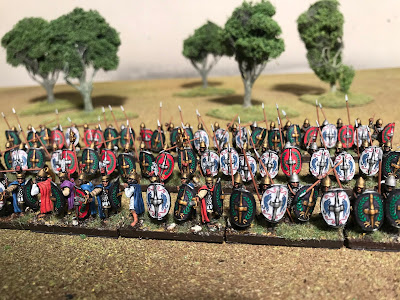 The figures are again Xyston and are represented in captured Roman armour and equipment. Given that there were an estimated 92,000 Roman troops killed or captured up to and including Cannae, there was no doubt a fair bit of equipment to choose from: 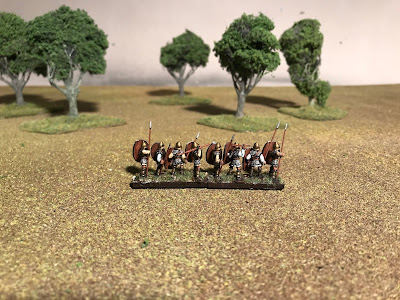 I used three main Little Big Men Studios shield designs and mixed them up a bit to give the impression of shields selected from three defeated legions: 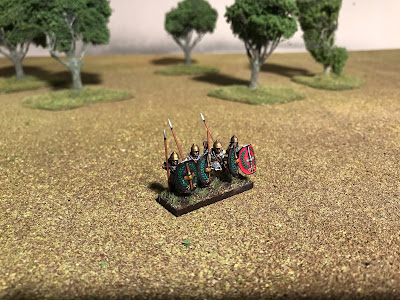 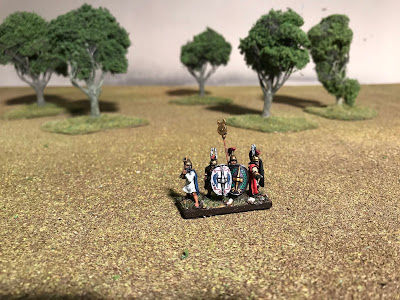 I selected some of the later-looking figures from the command packs which I think match nicely with the rank and file figures: 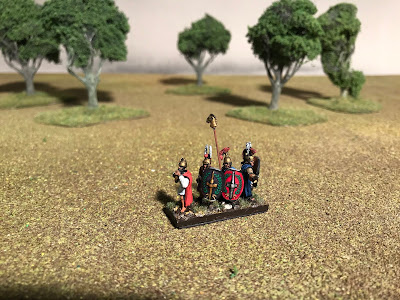 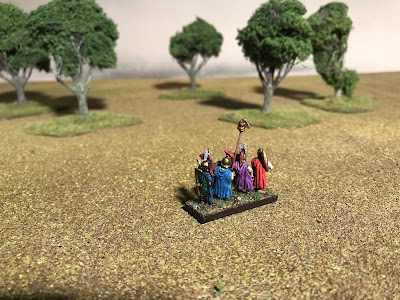 That's another eighteen elements completed, although of course this unit will not be taking the field alongside the previously completed Libyan spearmen: 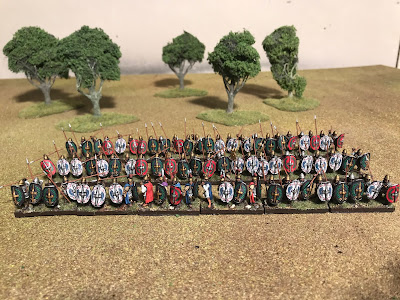 I have some Libyan javlinmen on the painting table at the moment, and am hopeful I'll get them completed and based within the next week.
Posted by Lawrence H at 17:58