The weekend saw the completion of this project, so I took some time out to gather the troops for a few group photos as it is unlikely they will ever see the table all at the same time and it helps to remind me what I have completed: 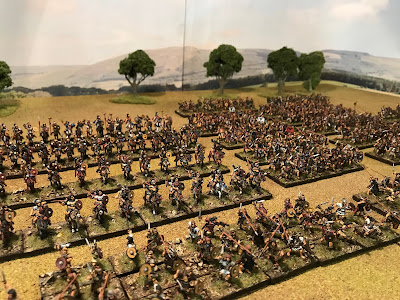 The figures are all Xyston, and the shield transfers are from Little Big Men Studios. Here are a few shots of the scutarii, with caetrati in the foreground and some Celtiberians in the rear: 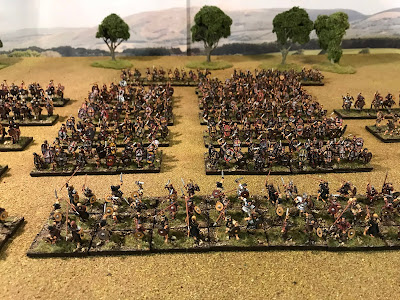 And a few gratuitous shots panning of the infantry panning left to right, which I hope nevertheless serves to highlight some of the marvelous detail of the Xyston figures: 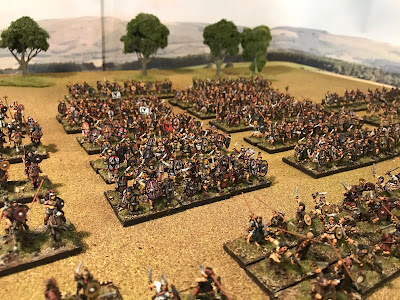 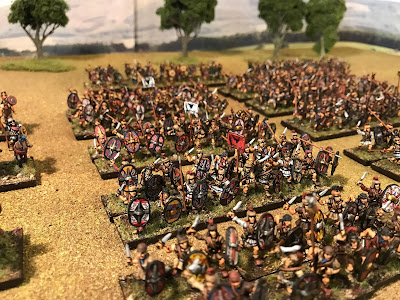 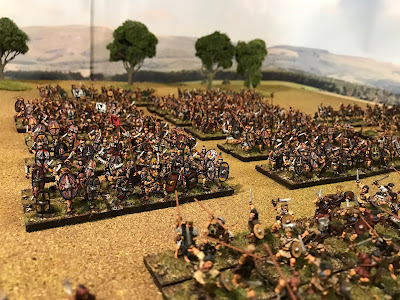 Looking at these pictures reminds me of how many individual shields, javelins and in some cases arms I have had to glue together. I like the effect but found that even pulling them out for a group shot like this inevitably means I have to glue some back together and I wonder at times whether the old one-piece figures may be less bother. Then again, the trade-off with one-piece figures is that the spears can often end up bent and wavy and in some cases snapped off completely: 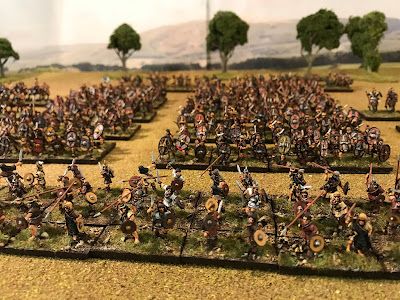 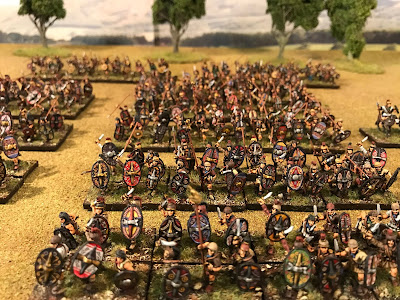 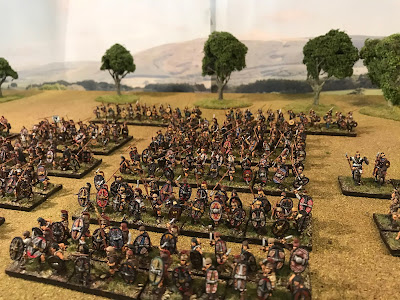 Next, a few close-ups of the cavalry: 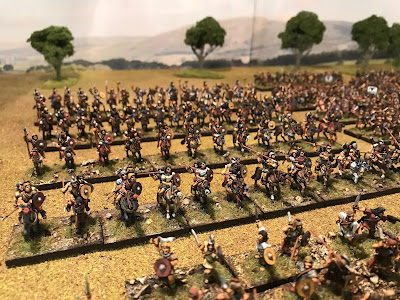 With my favourites being the light horse with caetrati pillion riders: 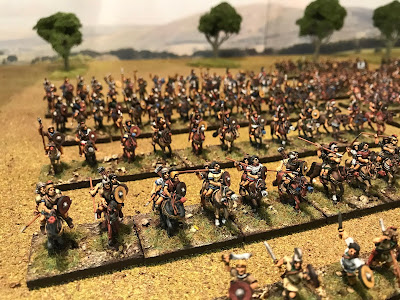 And a closer look at the armoured Spanish cavalry with some C-in-C and subordinate general elements immediately behind: 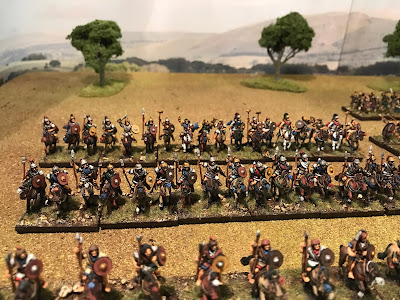 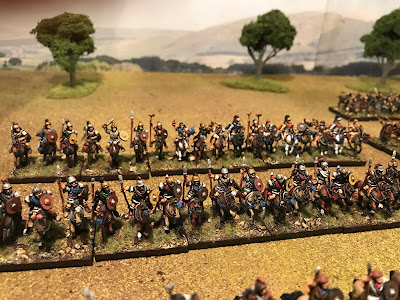 Finally, the twenty-eight balearic slinger elements (as opposed to the twelve actually allowable under the DBMM Spanish army lists) and the remaining light horse: 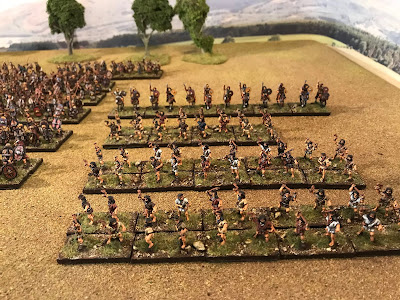 And one final group shot: 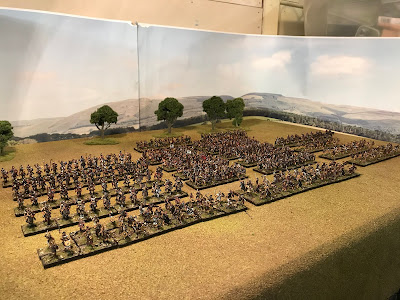 providing a total of 72 horses and 469 foot and cavalry figures, or 541 individual figures in total.

I completed the first experimental unit of scutarii in February while I was awaiting the arrival of some additional Gauls, but really only got started in mid-March so in effect this army took me four months to complete, which is around the same length of time it took me for the Gauls. At least I know I'm working at a reasonably steady pace.

That's it for the ancient Spanish. I have a few Carthaginian spearmen on the painting table at the moment so will try to get through them at a reasonable pace, before moving back on to some 28mm French Napoleonic figures.
Posted by Lawrence H at 00:42