This unit has been sitting patiently awaiting the arrival of some replacement GMB flags for a couple of months, until I realised that I had a spare chasseur flag with essentially the correct battle honours and so was finally able to complete it. 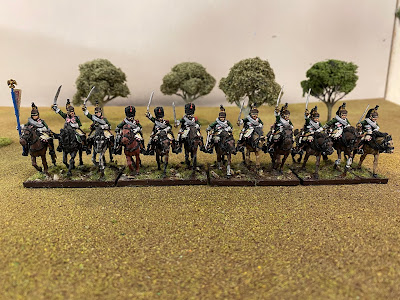 The 15e dragoons are the last of the four line dragoon regiments for my French army, and along with the Empress Dragoons makes five regiments in all. I used a lighter shade of pink for the facings on this unit than I had applied to the cuirassiers earlier, and think it contrasts nicely with the green uniform: 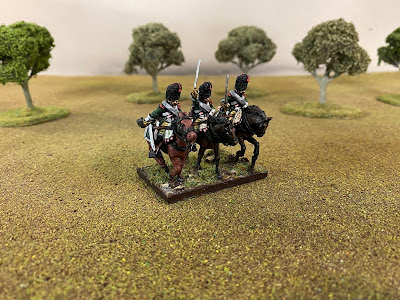 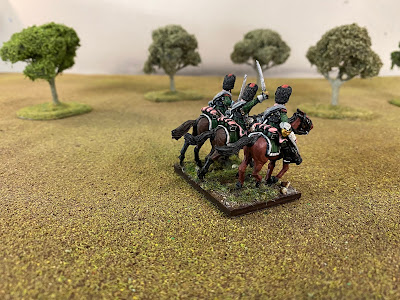 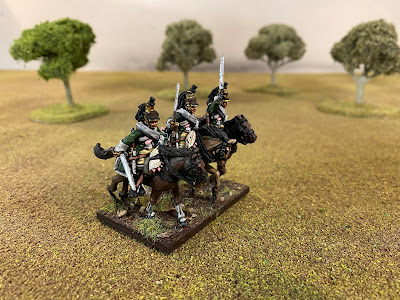 As for the flag, well all it is potentially missing is Albuera. Who knows whether that battle honour was ever actually applied alongside the others  and, in 28mm, who will really ever notice anyway? 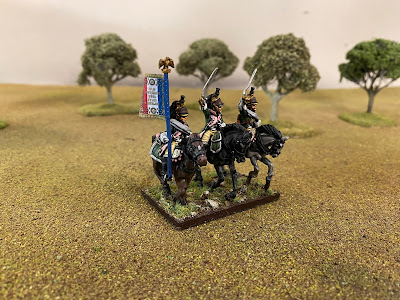 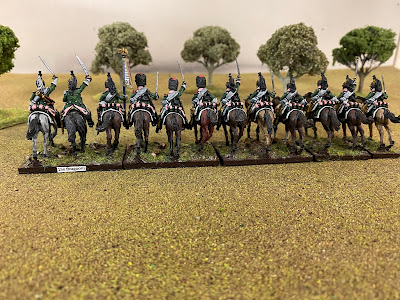 I'm eagerly awaiting a replacement order from GMB so I can complete the last nine regiments of French cavalry, including four units of lancers where the GMB lancer pennons should work very well.
I'm currently trudging my way through sixty or so 15mm samurai cavalry and will hopefully them completed within the next few weeks.
Posted by Lawrence H at 13:37