The next tranche of figure for this project are eight elements of samurai bow, comprised of 32 figures: 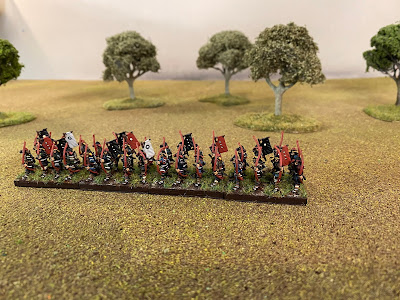 There are two different poses, with one shooting and the other looking as though he's about to draw another arrow from his quiver: 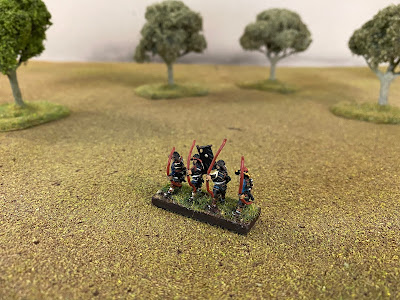 I did a few less sashimonos for these, primarily because they would only sit correctly on the shooting figure: 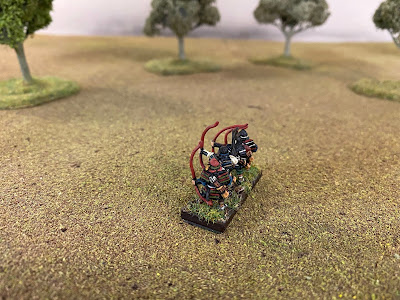 I initially gave tried out a few bowmen with the traditional red and black hoops on the bow, which took me ages to do but ended up looking too busy so I painted over them and reverted to a basic red. At least the red bow is itself a traditional colour: 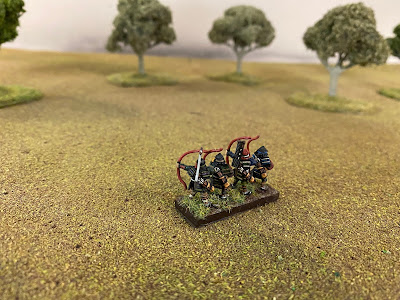 The figures are again from Eureka and have a nice amount of detail for "true" 15mm sculpts: 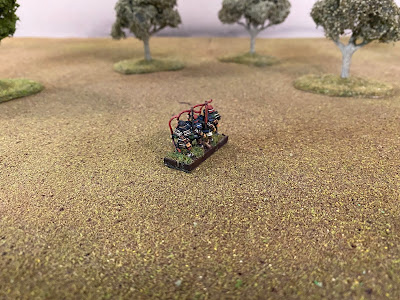 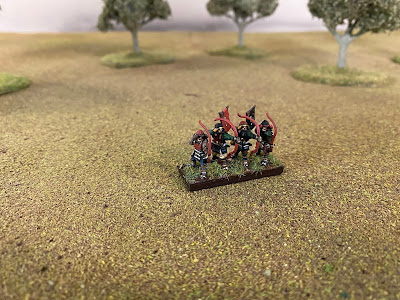 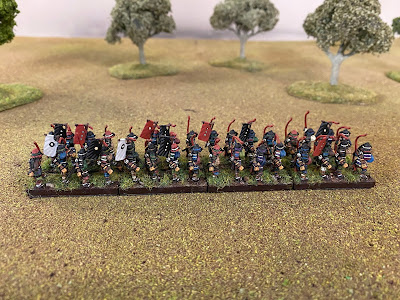 I'm keen to get stuck into some samurai cavalry, but will complete another regiment of 28mm French dragoons before I do. I've grown a little tired of waiting for the replacement flags to arrive so will use a spare chasseur standard which has roughly the right battle honours, just to finally move them off the painting queue.