After recently completing the Tibetan 15mm army I wanted to return and finalise the next tranche of Republican Romans in the remaining twenty-four elements of hastati armed with pila (plus one additional element armed with swords): 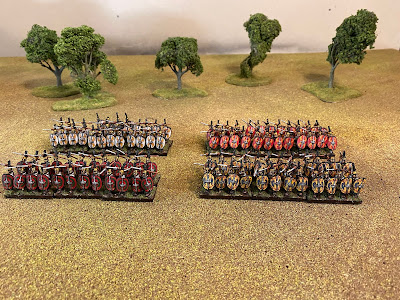 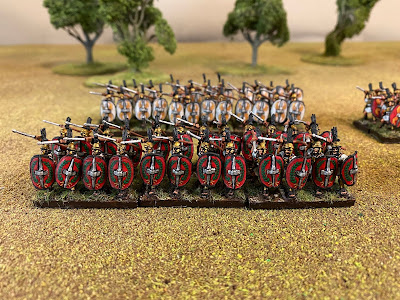 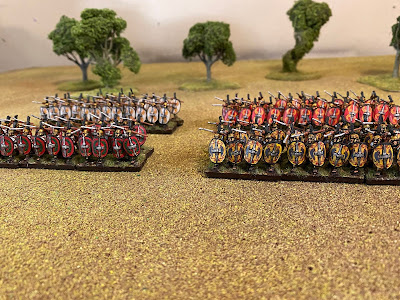 These are again really a large 18mm figure and tower over the recently completed Tibetans, but the extra size does allow for some nice detail: 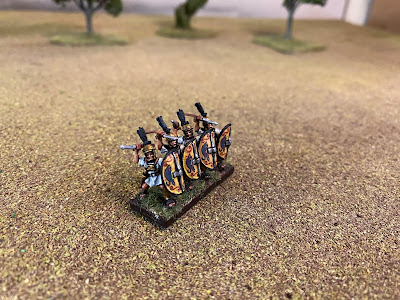 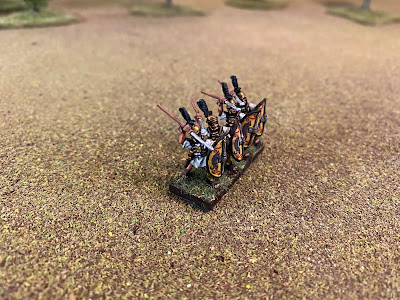 I really wouldn't want them to be too much smaller anyway as applying the shield decals is a painstaking-enough process even on these larger figures: 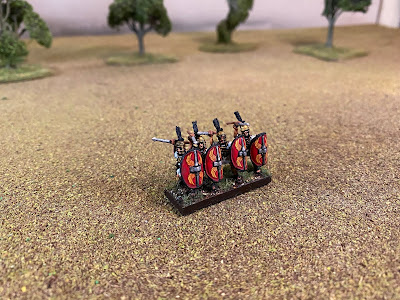 That's another twenty-five elements completed, with fifty elements or two hundred figures in total, toward this army: 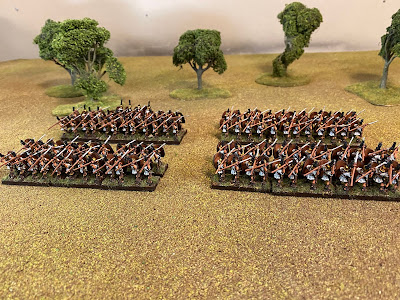 It is going to be a large project when completed, and I estimate around eight hundred figures in total. The triarii are up next, and then I have a few other projects backed up which I might dip into depending on how the mood takes me and whether my motivation for Romans continues.