The penultimate block of troops for this project, the Gaesatae were apparently not a tribe as I originally believed but more a group of warriors who lived in the Southern Alps and probably hired themselves out as mercenaries. The term 'gaesatae' appears therefore to refer to many of them being armed with a spear, rather than any tribal nomenclature: 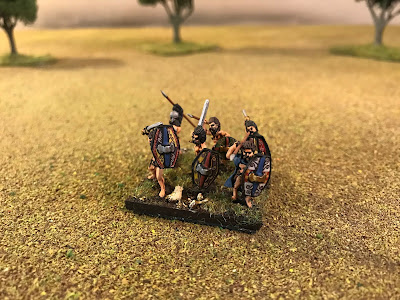 I have completed 101 figures in all, with 99 of them based here across 33 elements of three figures each, and two left over for basing with the dozen chariots I have left to complete: 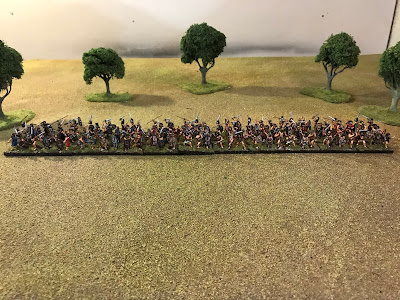 They are depicted, as Gaesatae usually are, without clothing. This is following the battle of Telamon in 225 BC where they collectively decided to throw off their clothes and charge naked at the Romans: 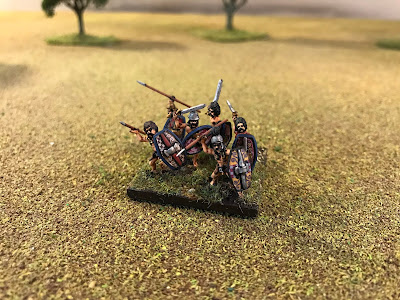 This was apparently to throw fear into the Romans, and Polybius states there may have also been a practical reason in that they didn't want to get their clothes caught in the brambles that were growing on the slopes of the hill atop which the Romans were positioned. 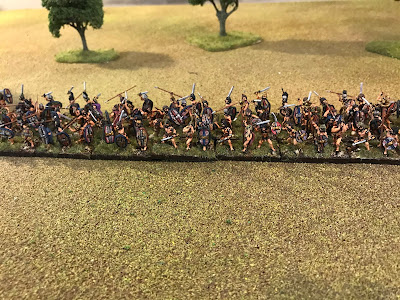 Either way, it probably seemed like a good idea at the time and appears to have been pretty much a one-off. It did make painting them a lot easier than the rest of the Gallic army, although they still required four layers including a wash for the flesh-tone: 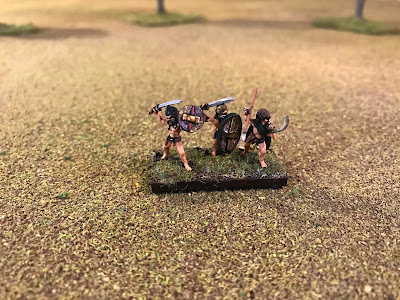 With the command and standard-bearer figures there are a dozen different poses, including a handful holding severed heads, and they all look suitably fierce. The Gauls were apparently quite fond of collecting the heads of their enemies which they used as trophies to decorate their dwellings, probably far more interesting than some of the things I have seen people bring back from their holidays and put on display in their living rooms: 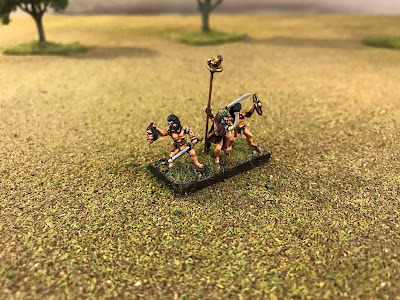 Only a dozen chariots and a few late additions in the form of  a dozen armoured cavalry left to go now. The chariots are almost completed apart from a slight hold-up with the chariot riders in that they are supplied with a random assortment of warriors, but when I unpacked them I discovered they had all been supplied with Gaesati warriors. After some deliberation I incorporated the chariot riders into the Gaesati warbands to keep them all together as a single contingent, and ordered a couple more packs of soldurii which I am hoping will better look the part.