The third and last of the timariot or feudal sipahi units now completed, this time with a mixture of lance and sword-armed figures: 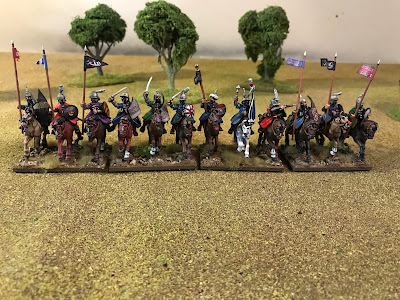 I was keen to get these completed while I was on a roll and still remembered how to approach the figures, having completed the last two feudal sipahi units within the last six weeks: 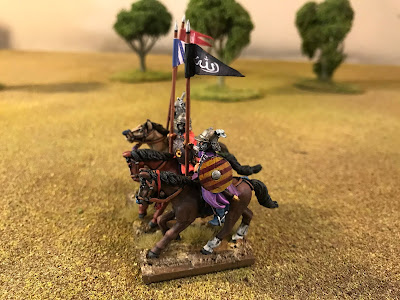 The shields have again been done using cut-down Little Big Men Studio decals which I have then attempted to blend in where the transfer does not cover the entire shield, while the lance pennons are from the same company: 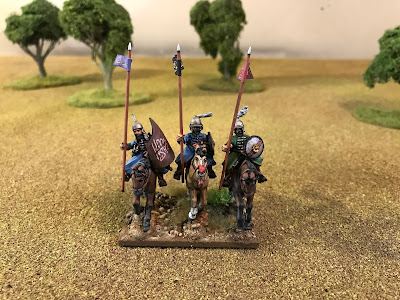 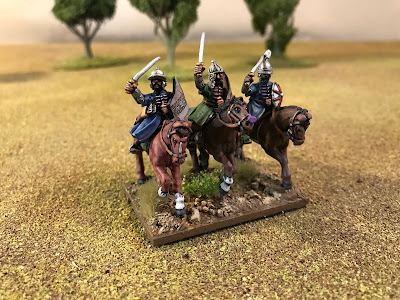 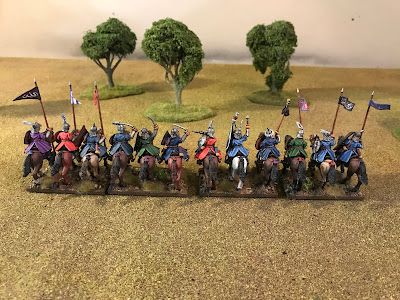 Just one unit of Delhis undergoing some final touches which I hope to have completed within the next few days, and then the cavalry component of the project will be finished.
Posted by Lawrence H at 03:43