I managed to complete a battalion pack's worth of the Front Rank Spanish guerrillas over the past couple of weeks, comprising twenty-four figures in all. I am not quite sure when I will get to use them alongside my Spanish regulars, but they form such an iconic part of the Spanish resistance against the French that I felt the army would be incomplete without them. 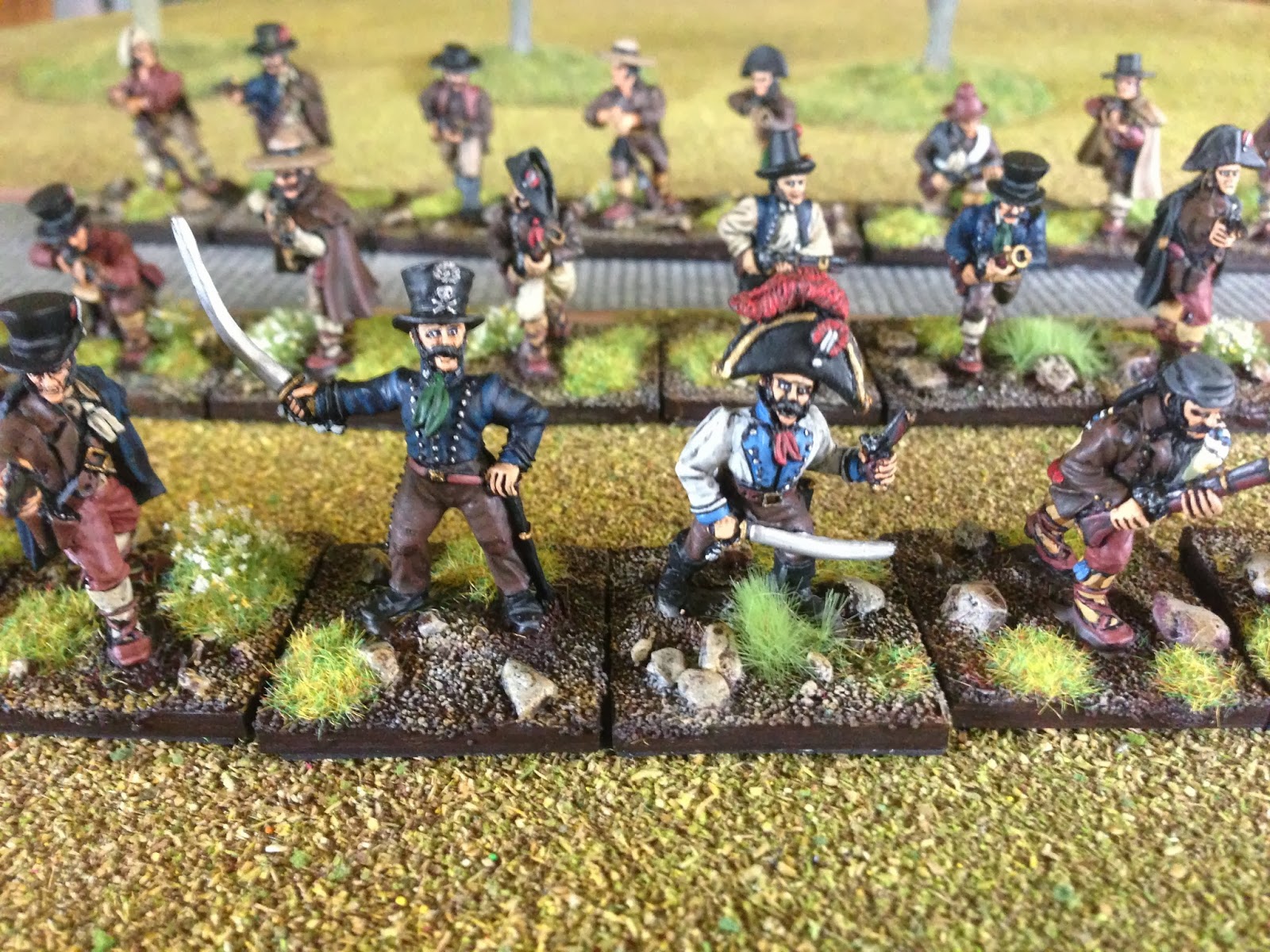 The majority have been based singly anyway, with the vague notion that I might want to use them for skirmish gaming at some stage as well. I have a copy of Sharp Practice from Too Fat Lardies, and will probably base some 95th Rifles and French Voltigeurs the same way, to round things out. 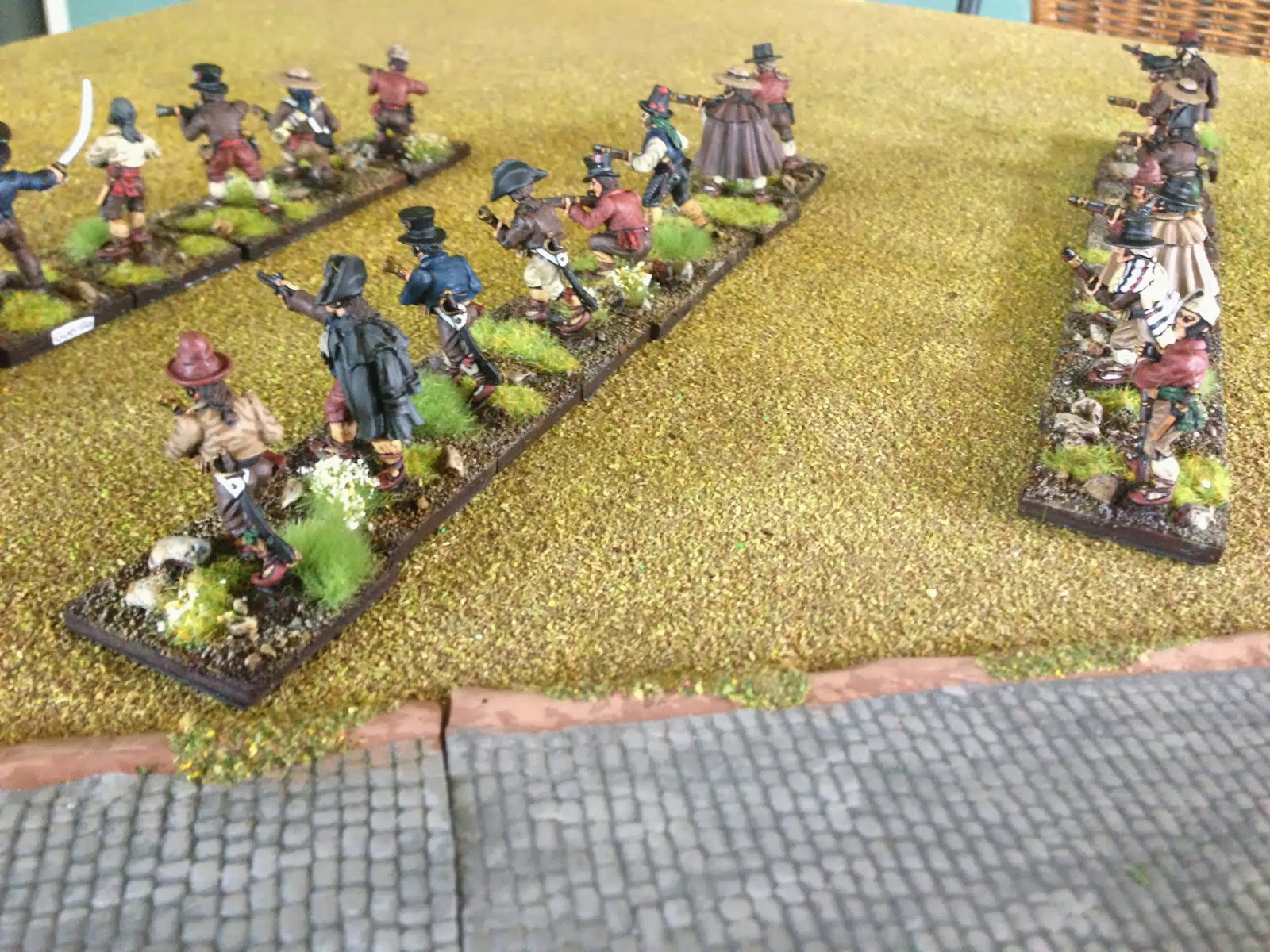 There is a fair bit of variety in the pack, including a few that probably wouldn't look out of place as pirates. 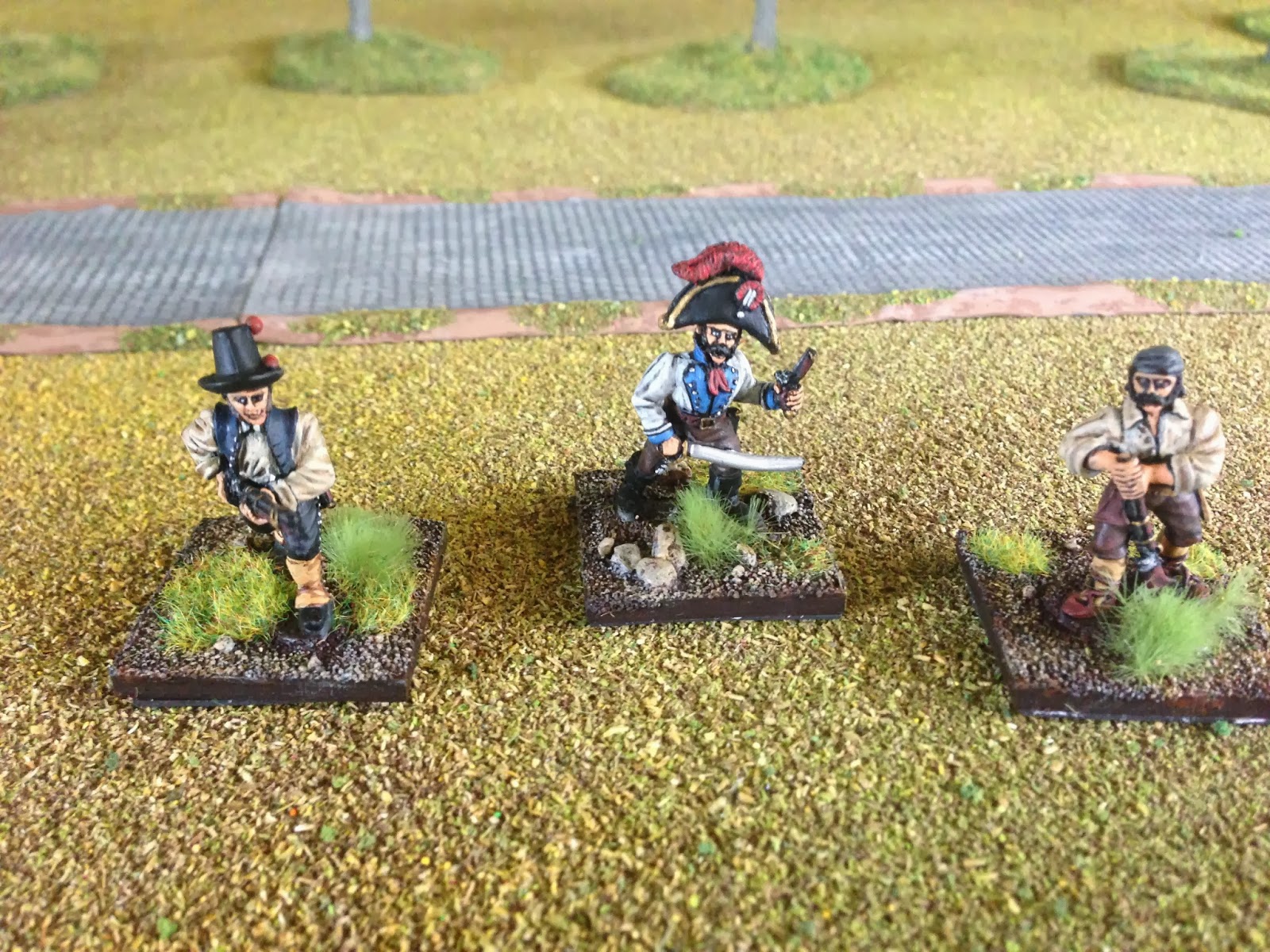 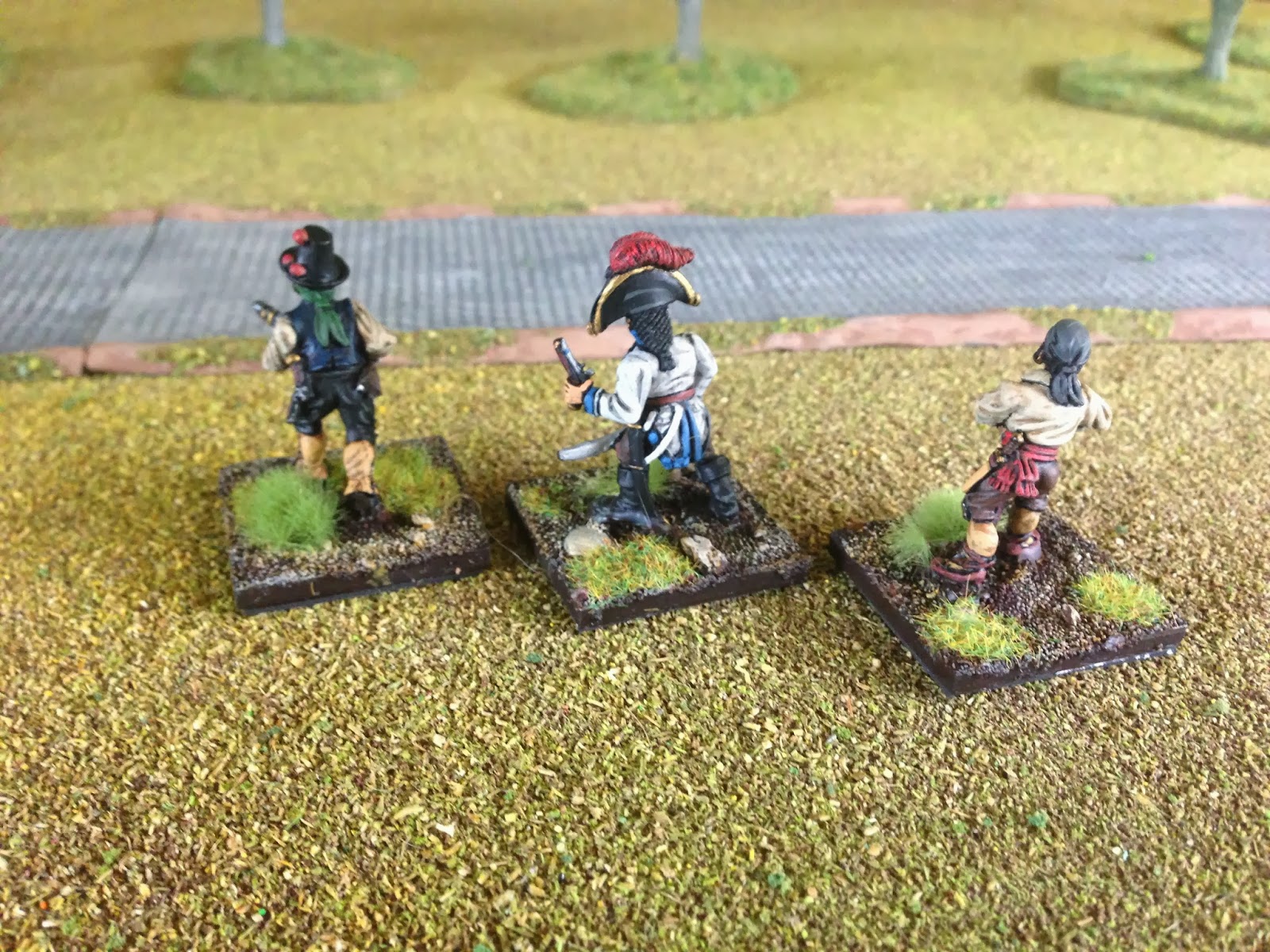 I made a conscious effort to try not to go too overboard with colour, and stuck mainly to rustic-looking browns for the majority in an effort to make them look more like peasant clothing. I did allow myself a bit more license with some of the blankets they were carrying however, in order to lighten things up a little: 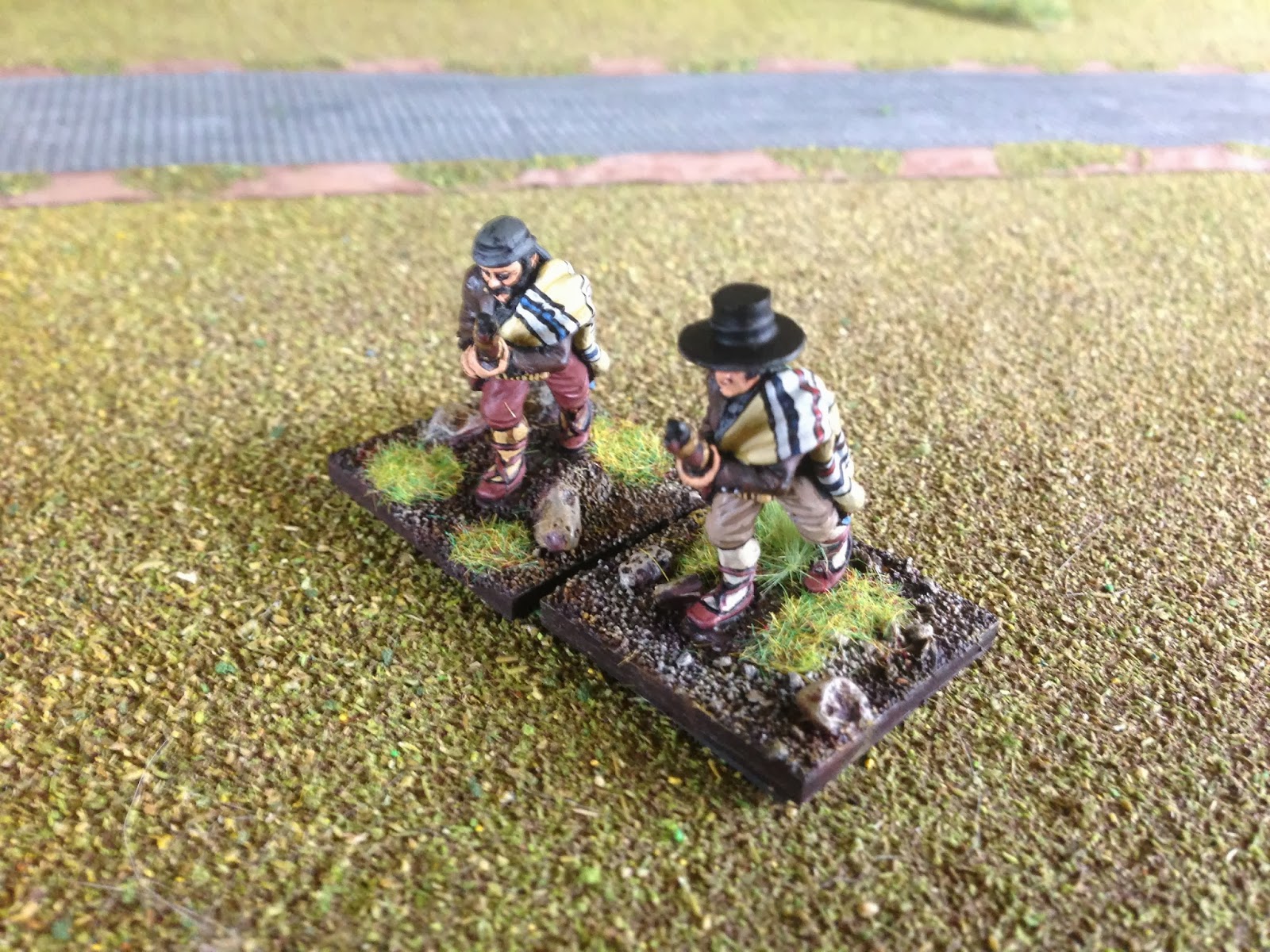 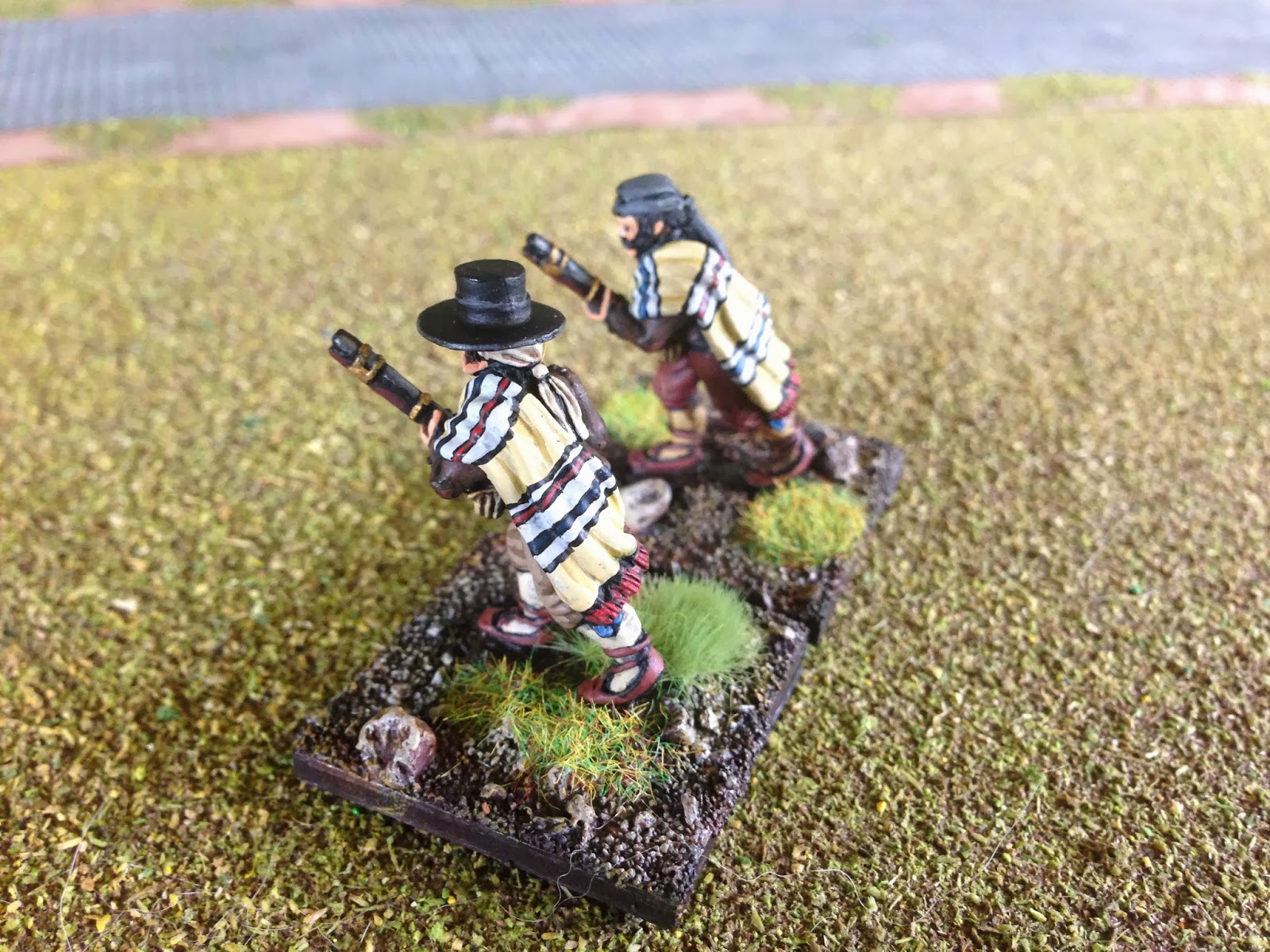 All things considered, with the combination of poses and variety of clothing and equipment, these were fun to paint.
Posted by Lawrence H at 02:03