It felt a bit strange going back to Front Rank after a few battalions of Eagle miniatures, as the figures are arguably at opposite ends of the 28mm spectrum and these Front Rank definitely feel quite hefty in comparison.

I was also a bit wary about brown as a theme as well, but half-way through I was really starting to enjoy the experience and reminded myself how much I love the Front Rank style.

The first of these is my interpretation of a couple of the tercios of the Catalonia militia: 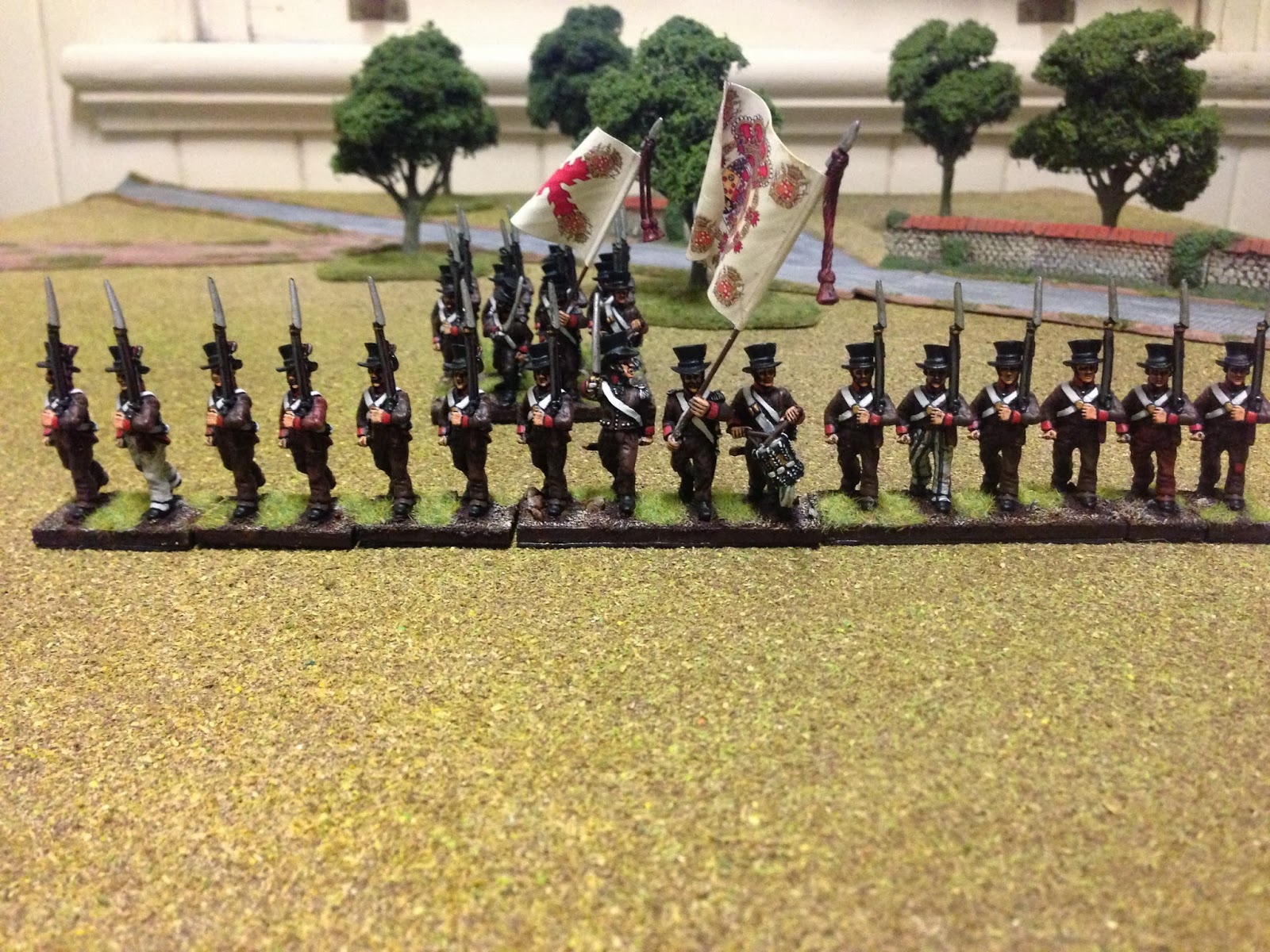 While these figures were most likely initially intended for use as regulars for the Spanish army of 1811 and thereafter, I think they work quite well as urban militia: 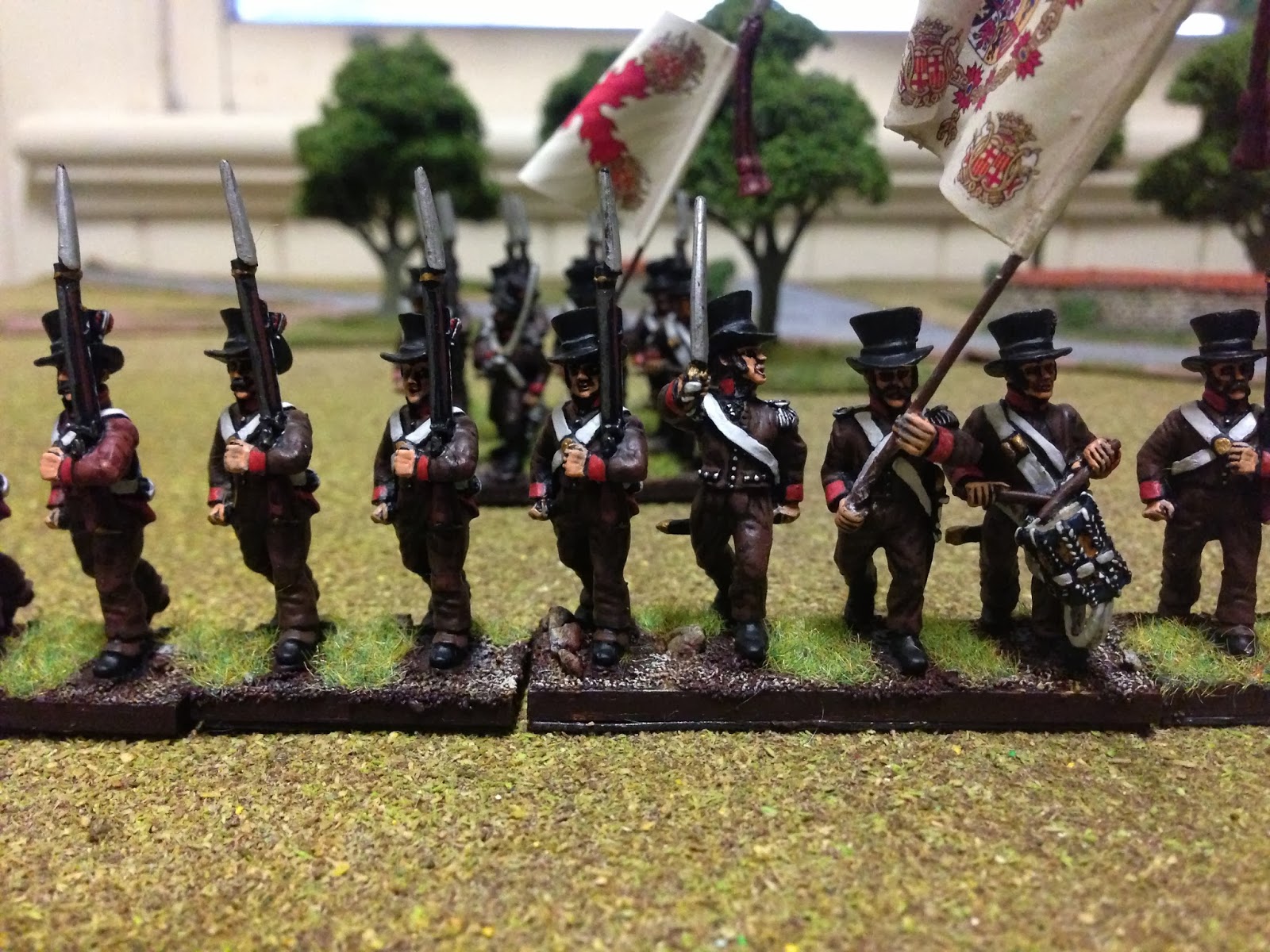 I have relied upon the dependable Rene Chartrand and his second Osprey to try and interpret the uniform for these: 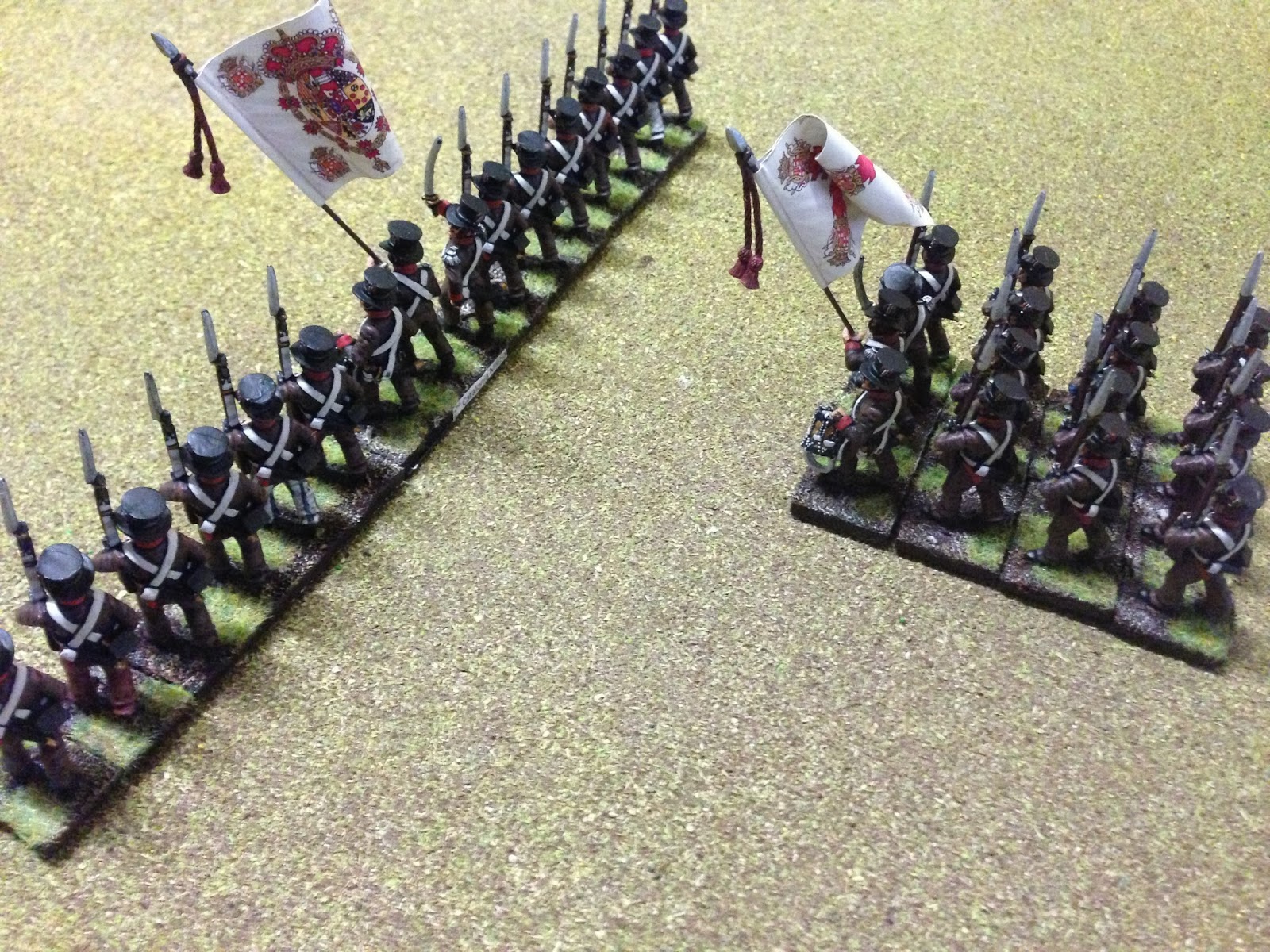 The second couple of units are based upon Chartrand's description of the Galicia militia, and I think the yellow facings work quite well with the brown uniforms: 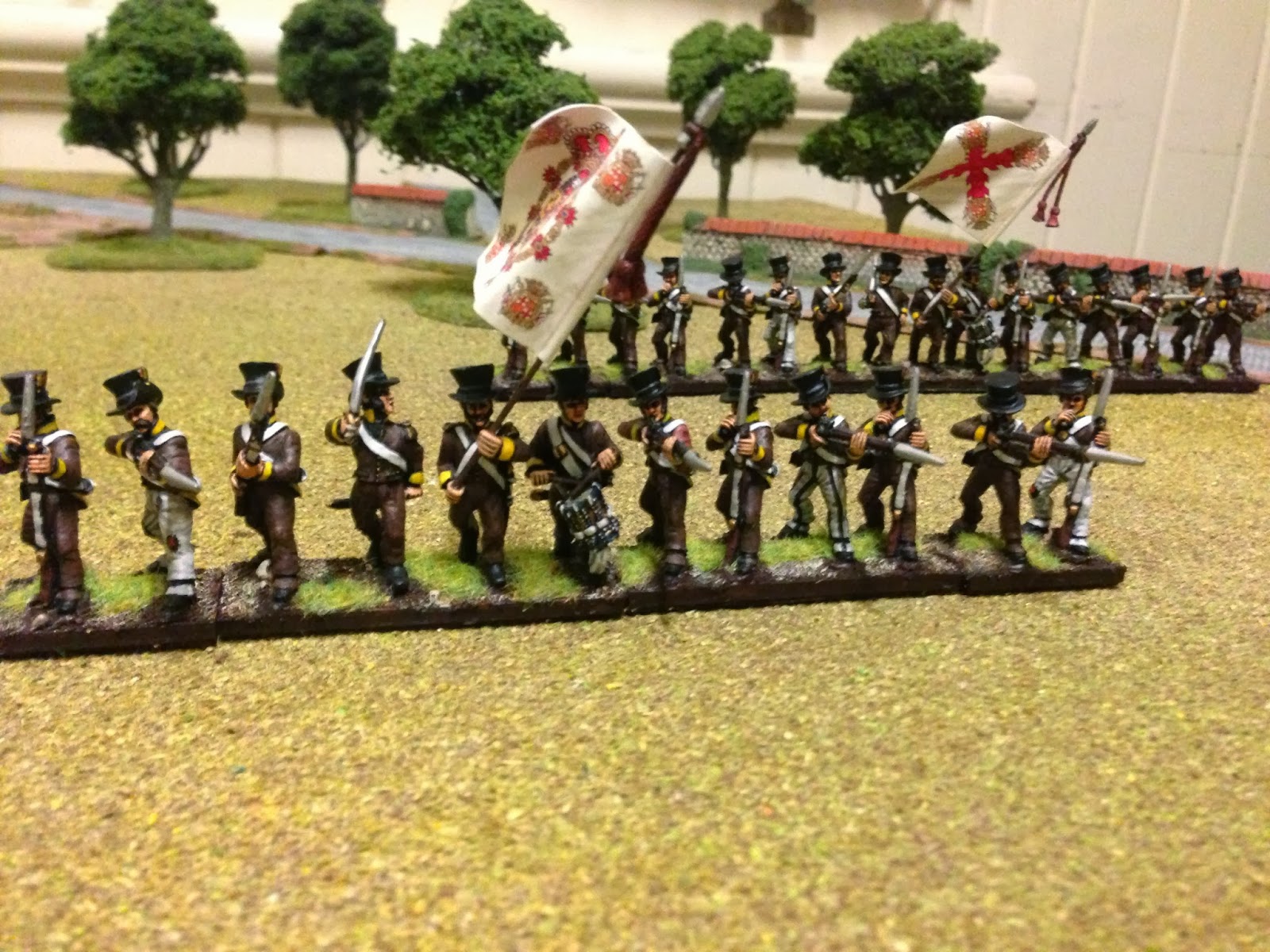 The top hats and brown uniforms remind me a little of Victorian chimney sweeps, but they make a nice contrast to the rest of the Spanish: 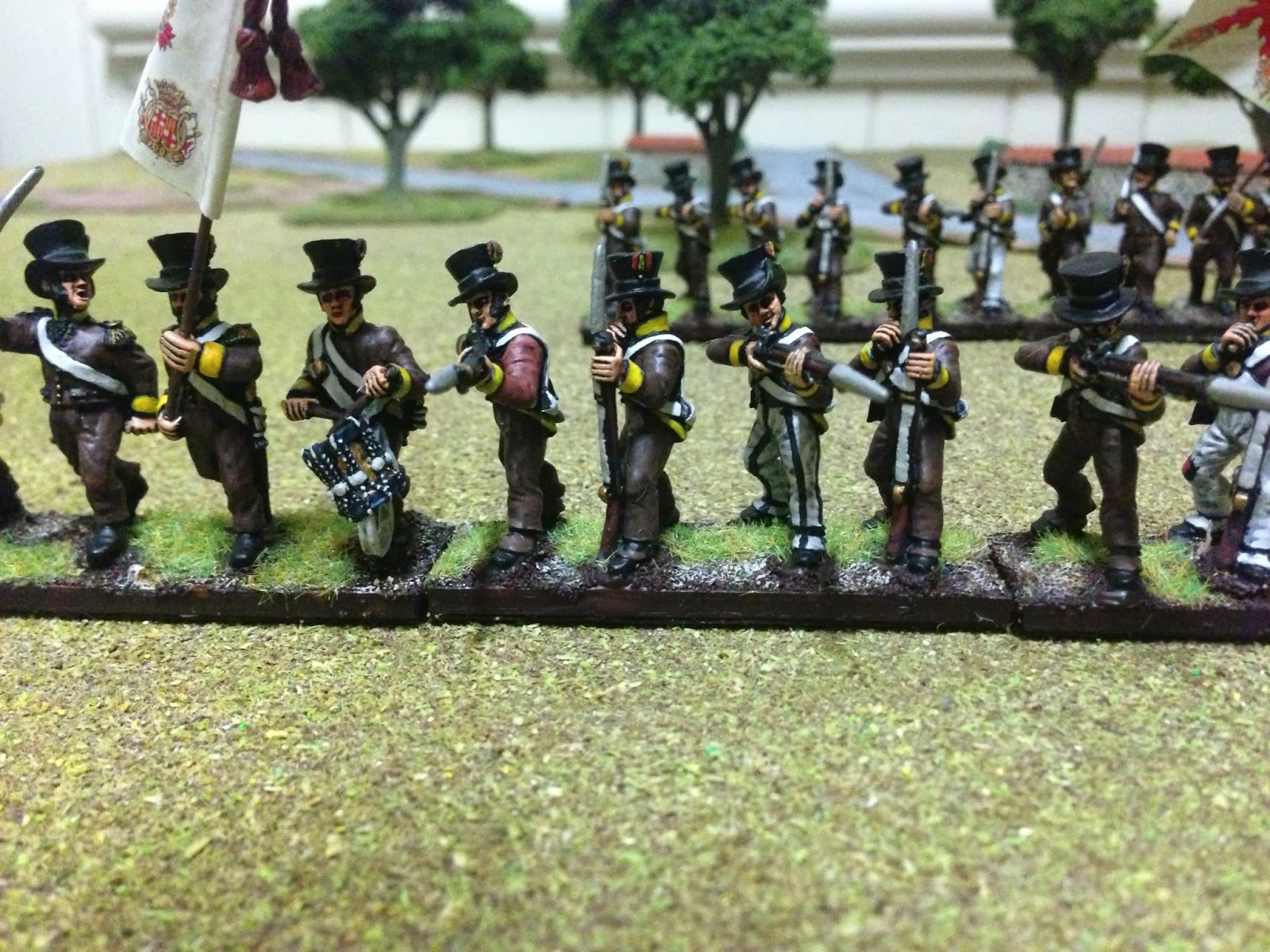 The flags are GMB, and in this case I have used some from the Voluntarios de Barcelona. Not strictly a militia unit, and the flags could more probably have been home-grown rather than standard issue, but I decided to use these in case I wish to double them up as brown-uniformed regulars at some stage. 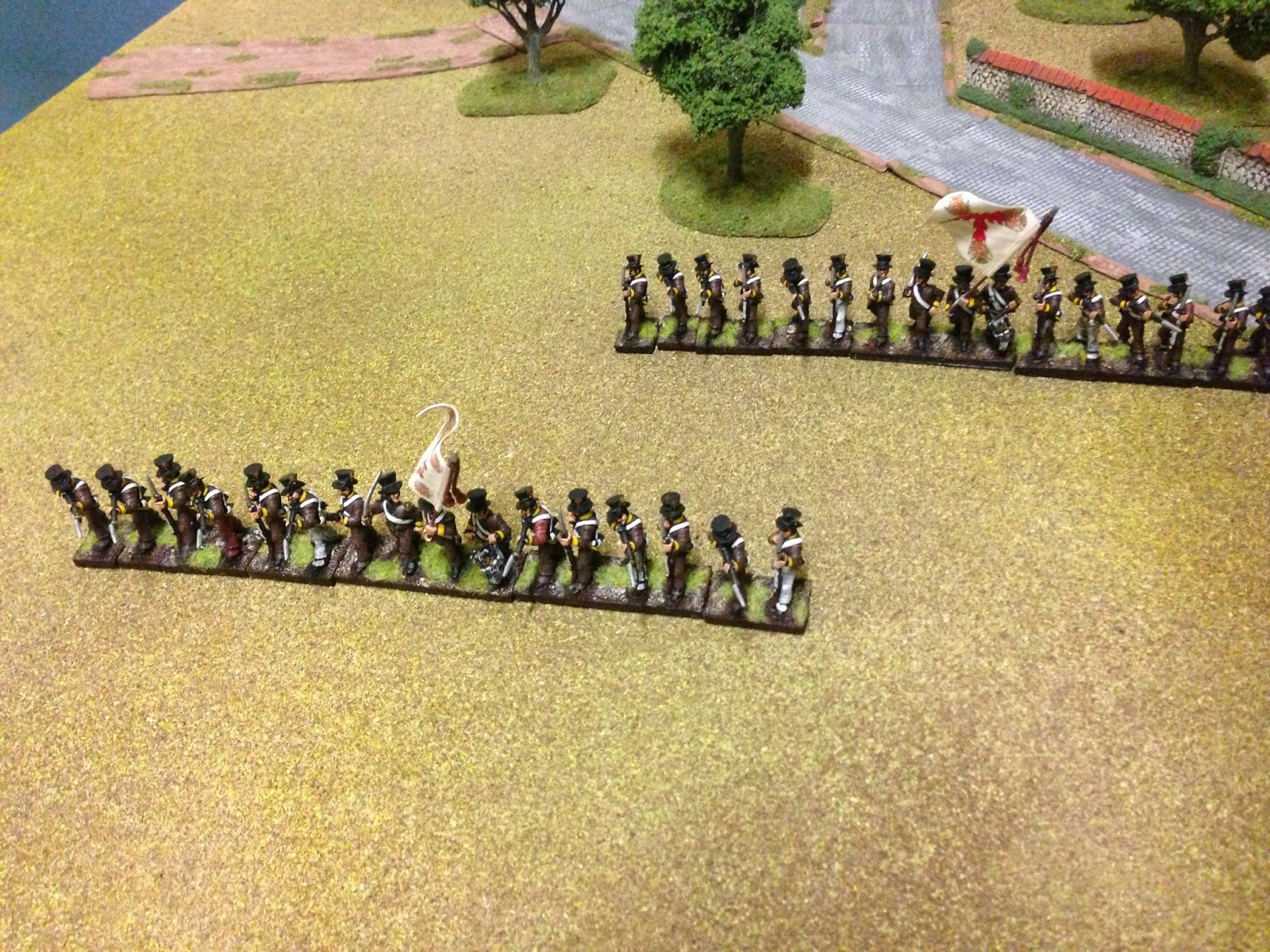