Due to its small size the medieval Teutonic army is one of the quickest projects I have managed to complete, taking just under six weeks. There is something quite satisfying about embarking upon small projects like this when the end is already in sight. Even though it has been well documented over my previous four posts I thought I'd assemble the completed force for the sake of posterity: 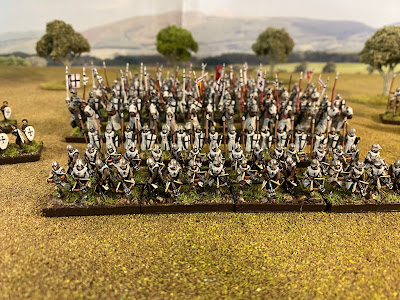 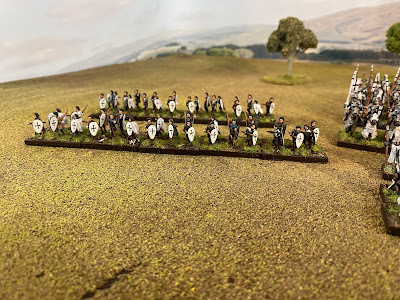 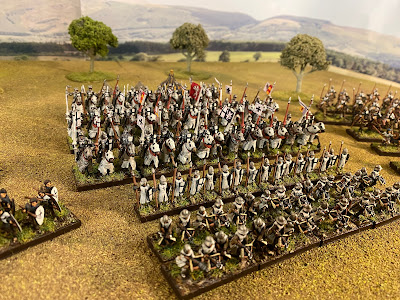 A preponderance of white with the occasional splash of colour, but it looks quite effective to my eye: 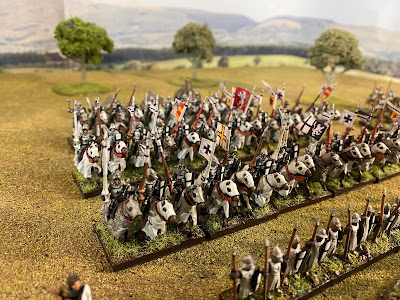 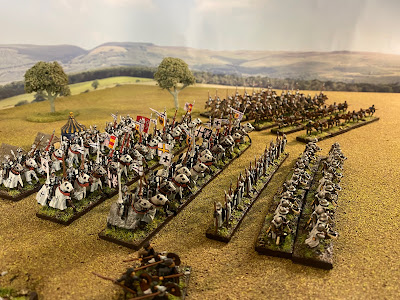 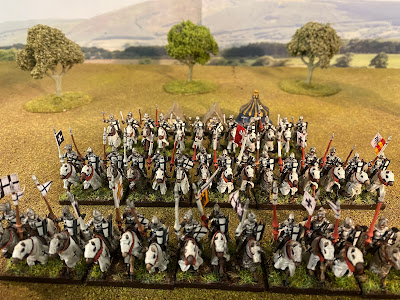 As with most medieval armies, not much in the way of auxiliary troops with the main strike force being the knights. It will be interesting to see how they fare in their first outing which I am hoping should be January when our gaming resumes. Given the small size of the army to most opponents the tactic will be to strike fast and try to break through quickly before they become overwhelmed. 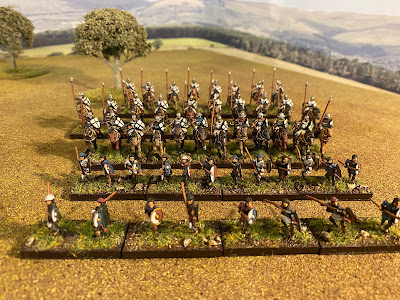 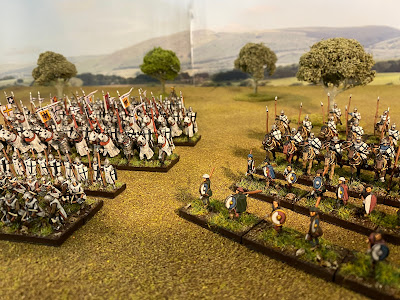 The total figure count for the project is 186 foot and mounted figures and 72 horses, for a total of 258 figures: 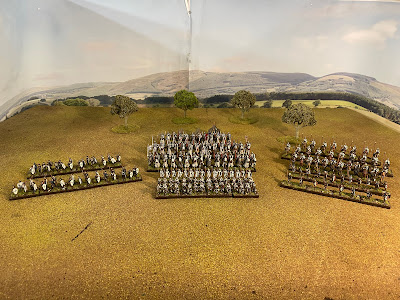 I am keen to get back to some 28mm Napoleonics but will run with the medieval theme for a bit longer and have a German army undercoated and on the painting table at the moment. There is an option to field German allies in the Teutonic list and, as they are cheaper troops, this will make sense for certain scenarios. I'm hoping I'll be able to complete this next army over the next six weeks but will see how that plays out given the usual run of Christmas functions which always seem to emerge this time of year.
Posted by Lawrence H at 12:18