The Republican Romans did not have much cavalry, and six elements' worth are enough to cover most variants of the army lists over this period: 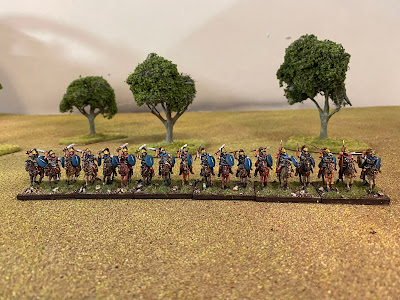 While keeping the shields the same to give them that regular appearance, I gave them a variety of cloak colours to mix things up a little: 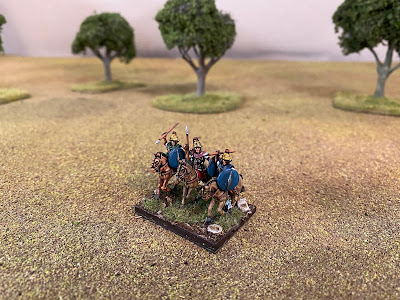 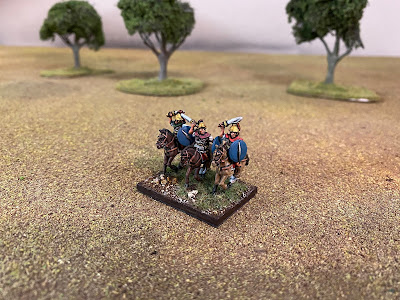 As with the rest of the army, the figures are all Xyston and are a mix of sword-armed and javelin-armed poses: 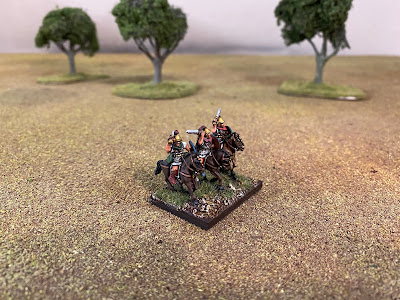 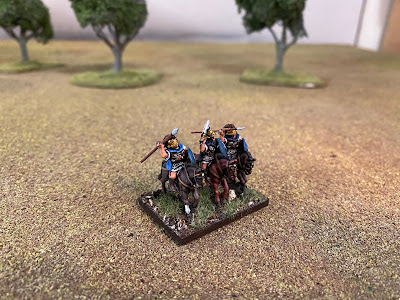 I have another four or five command stands to complete along with half a dozen Italian allied cavalry, which will give me all the required variations: 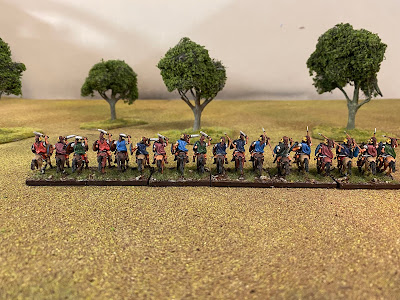 Next in line however are some anti-elephant wagons, for something a little different. I'm hoping to have the Romans completely finished over the next few weeks, and am already looking forward to getting stuck into a fresh project as the Romans have become a bit of slog. I have around forty or so armies in the pile, and am leaning toward a 28mm Renaissance Cossack army to oppose the Turks I completed the year before last, or a 15mm Teutonic medieval army which I am confident will get some table time next year. Either way, it will be nice to start something new.