Having just completed a 15mm Gallic army I was very keen to get stuck back into the 15mm Ancient Spanish project I had started and managed to complete another eighteen elements of scutarii, including most of the command elements and standard bearers I'll need for all these units: 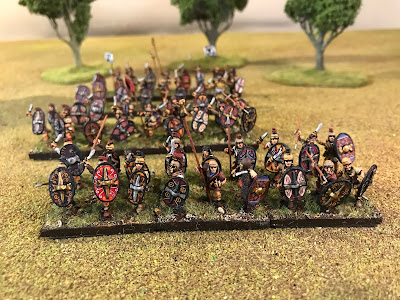 All the figures are again Xyston, with the shield transfers by Little Big Men Studios: 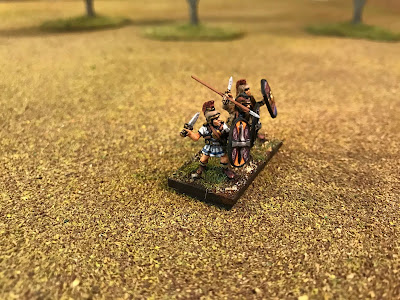 When I first looked at the LBMS shield transfers I was a little wary as they involved, in most cases, cutting out the middle of the shield boss. This involved catering for a few unusual shapes on some of the shields, but I soon got into a rhythm and found that if I could do this accurately enough they were actually far easier to position than the Gallic shield transfers: 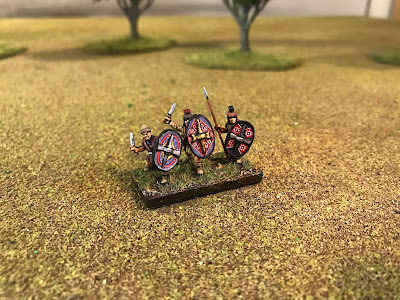 The Xyston Spanish figures are a delight to paint as usual, and they are more like a large 18mm than a true 15mm figure: 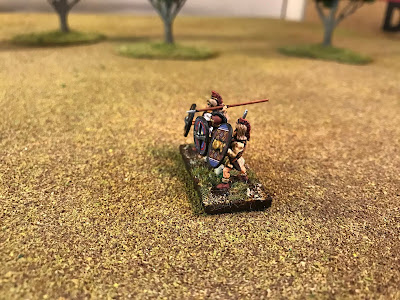 There are two options for the standard bearers, with a choice of a pennant: 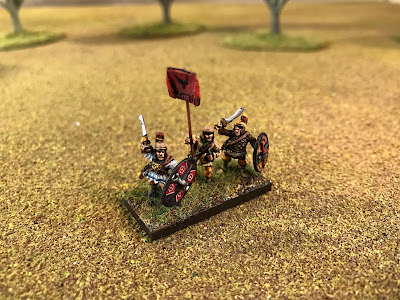 or a bull-like standard: 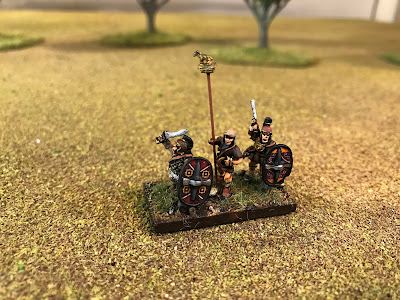 The figure below on the right is possibly my favourite Xyston figure thus far. Unfortunately it is not the best picture, but I very much like the dynamic pose and the way he is leaning back prior to letting loose with his javelin: 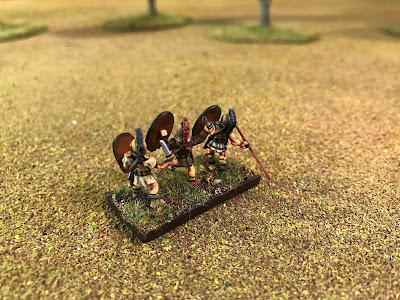 That's twenty-eight elements of scutarii now completed, with around another forty to go. These are in the queue at the moment so, when finished, will see the backbone of this Spanish army completed.
Posted by Lawrence H at 00:59