Finally there with the last of the Foundry French line and the completion of the 103rd: 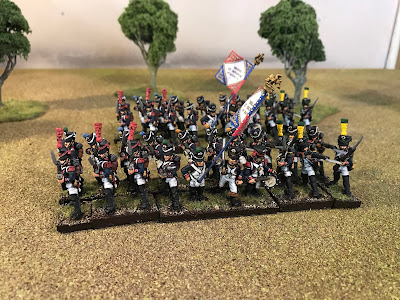 The 103rd were present in Gazan's second division at Albuera, giving me all the French line regiments that were there, albeit in two battalion formations as opposed to the three that were present on the day: 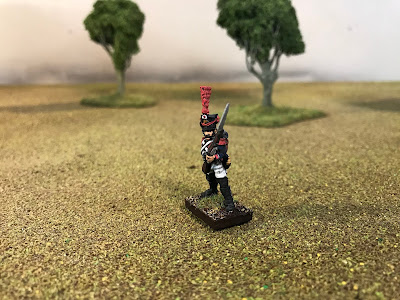 This represents twenty battalions of four hundred figures in total finished, alongside twenty Portuguese completing that project back in January, so not a bad effort for 2018 thus far: 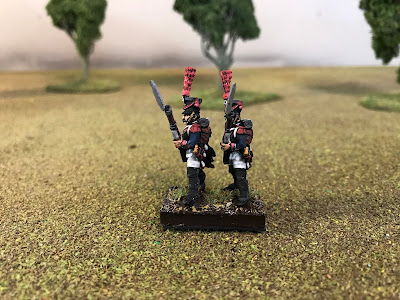 I believe I have another nine battalions of Calpe French line stored somewhere, but will save tackling them for a later date (mainly because I have forgotten where I have put them).

I also have forty or so line grenadiers left over as a result of my usual over-ordering, and will be using them for two converged grenadier battalions. As luck would have it (and much to my amazement), there was a converged French grenadier battalion at Albuera. It is almost as though I had planned it!
Posted by Lawrence H at 03:47