After a few weeks away I have managed to get stuck back into the last three regiments of French ligne, with the first being two battalions of 51st: 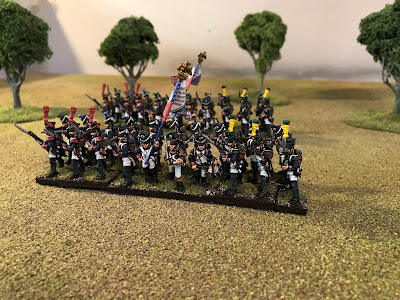 Another unit present at Albuera, which indicates I must have been working to a plan when I purchased the GMB flags for these figures seven or eight years ago: 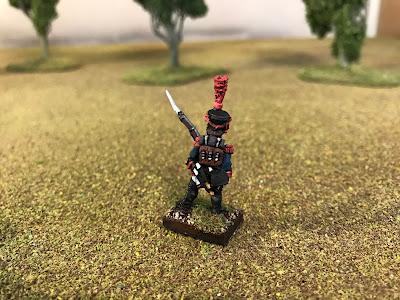 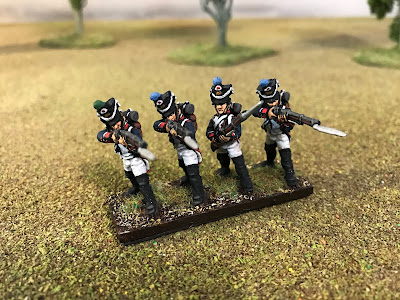 Hopefully I should have them all completed within the next fortnight, now that my other hobby in  law studies is winding up for the year. Good fun for the most, and it is definitely using parts of the grey matter which have been under-utilised for twenty years or so, but it will be nice to fully concentrate on some Napoleonic French again.
Posted by Lawrence H at 03:33