Here are the first two regiments of my 15mm project completed. Firstly, two battalions of the 2nd Lagos regiment: 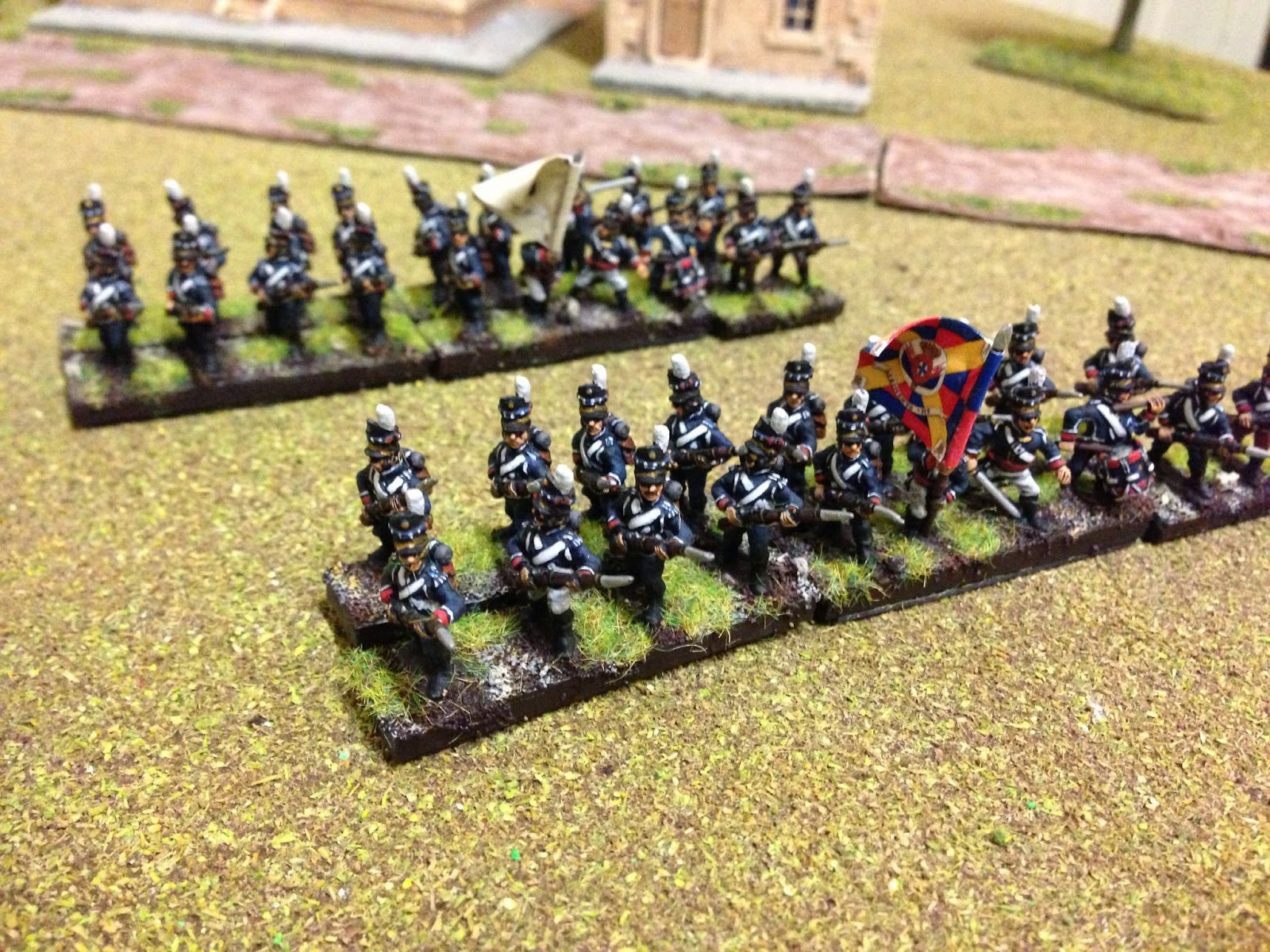 Essex figures again, but there is a lot more variety in their Portuguese poses than with their Spanish range. Some of them are almost AB in appearance and are well-proportioned, although still shorter at a "true" 15mm in stature: 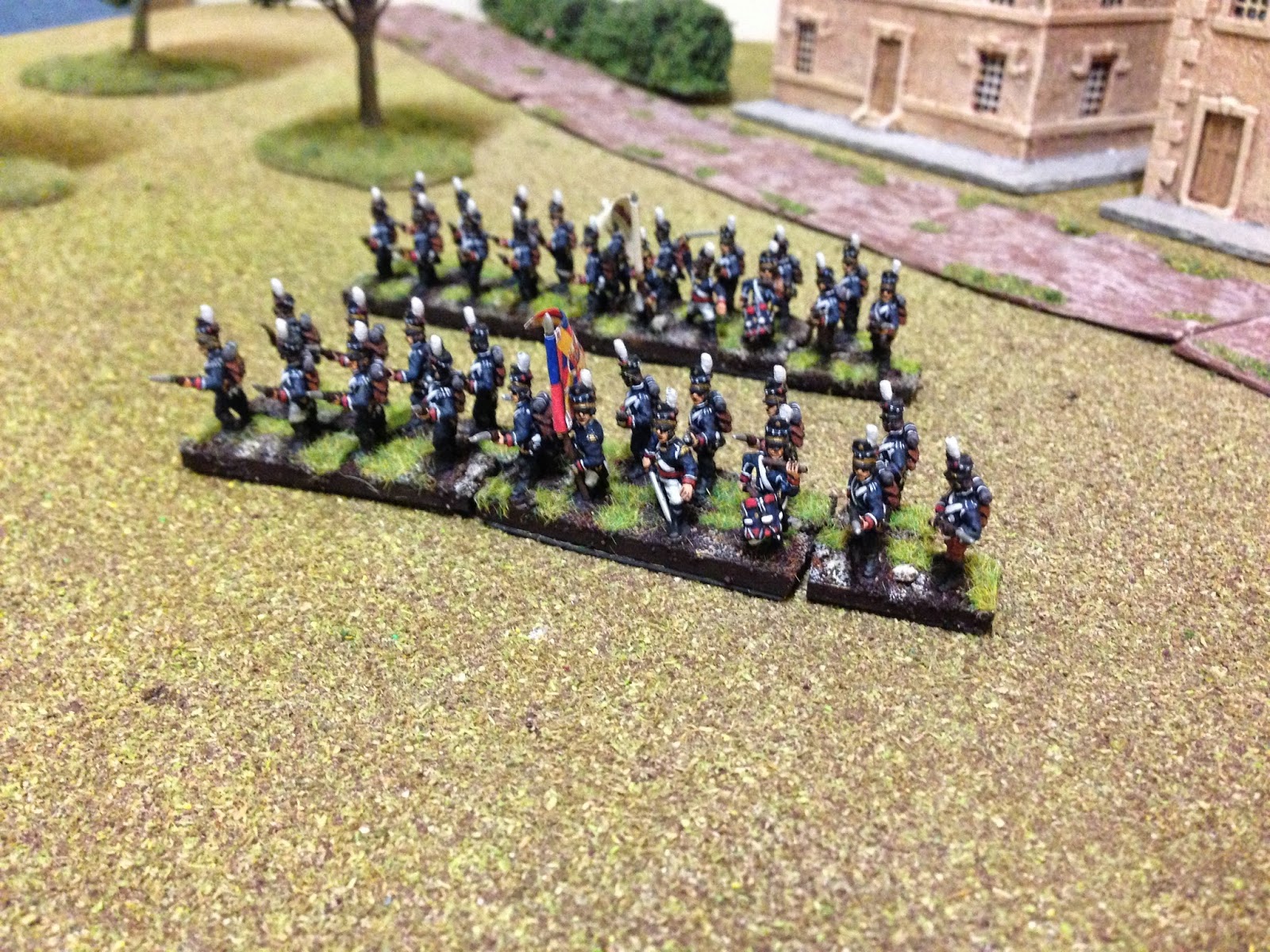 It was nice to have finally put some paint on these as they have been lying around for the best part of ten years: 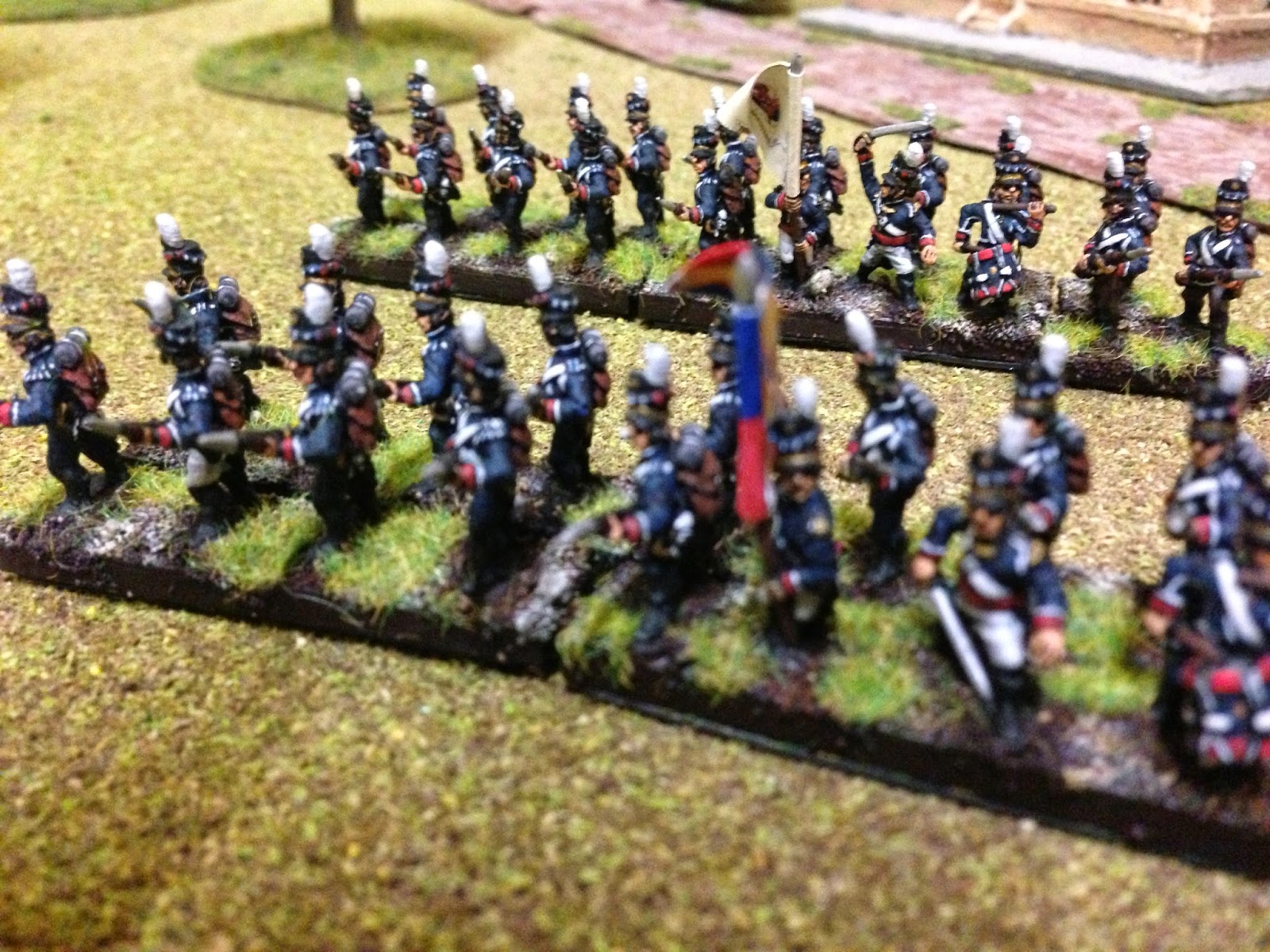 I have also managed two battalions of the 4th Freire regiment: 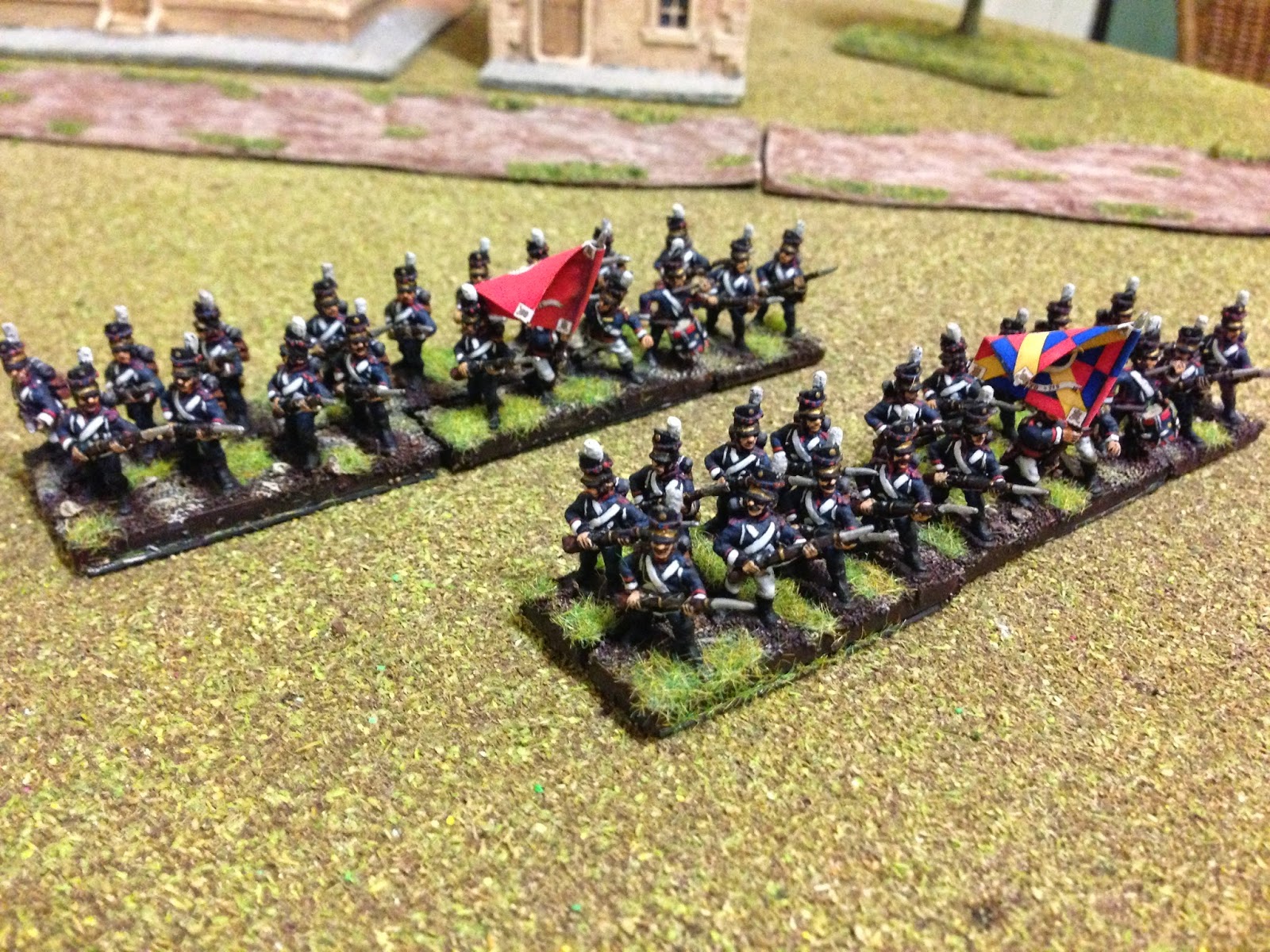 All the figures wear the distinctive Barretina shako which is probably good up until 1810, or 1811 at a push, until the British-supplied uniforms with the stovepipe shako gained predominance. I have always found it ironical therefore that the British ended up introducing the Belgic shako from 1812 onward, which itself was almost undoubtedly modelled on the Barretina. Personally I have always preferred the Belgic and Barretina for their respective armies, rather than the more plain stovepipe: 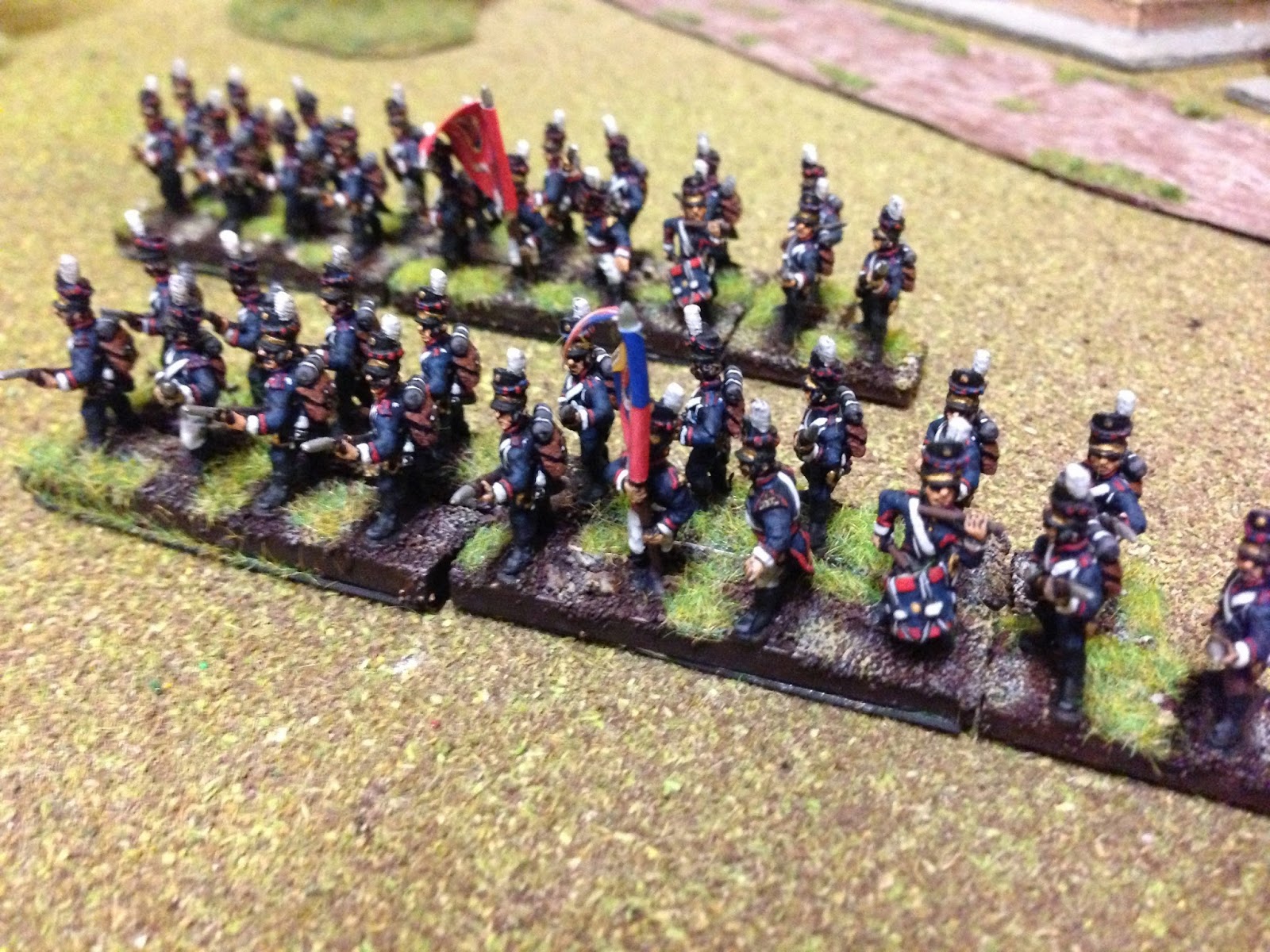 Portuguese line regiments typically consisted of two battalions, which would usually be found together. Both battalions of the Lagos and Freire regiments were in Beresford's army at Albuera. Regiments were also organised into three main divisions, with the 1st being the "Central", the 2nd the "Southern" and the 3rd the "Northern" division.

These were essentially distinguished by their respective piping and standards, with the Central division being white, the Southern red, and the Northern yellow, which also extended to the shako chords. In this case the Freire regiment can be recognised as belonging to the Southern division: 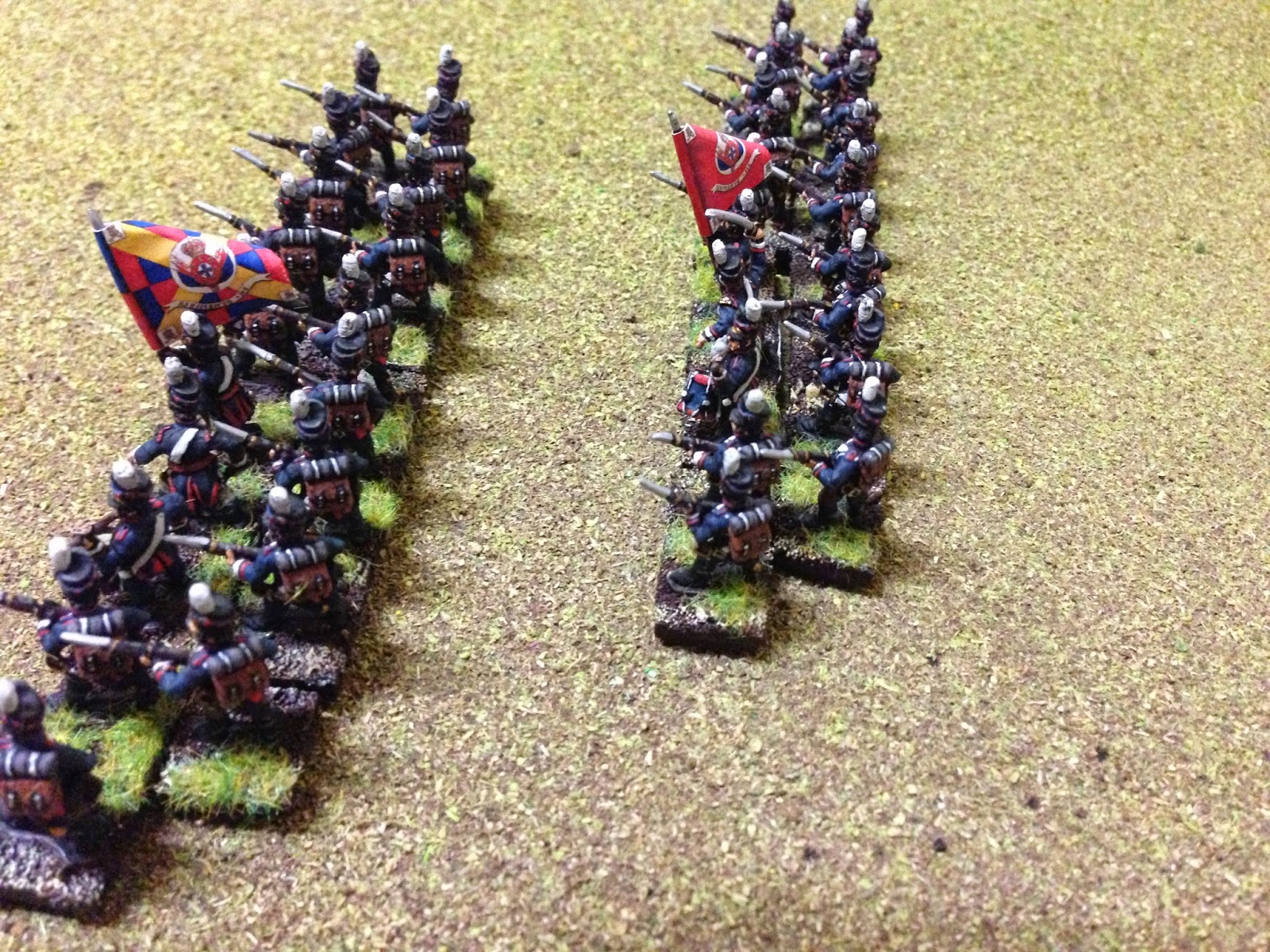